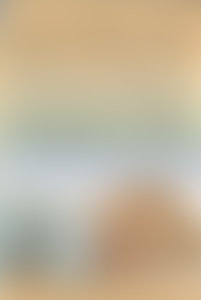 When I was a small child, I wanted to be a jockey, but I soon grew too tall. Then, when I was 11, a fall from a trampoline changed by life: I ruptured my spleen and had major surgery. From that time, I knew what I wanted to be when I grew up: a doctor.

My course never faltered. I graduated from high school, attended Bryn Mawr College, majoring in biology, and was accepted at the University of Virginia School of Medicine. When doing my obstetrics rotation and delivering a baby to a woman having her fourth child, I found my specialty. I did my ob/gyn residency at Temple University Hospital in Philadelphia. It was trial by fire. The program at the time was in a state of transition and we were short-handed and under supervised, but I learned how to think on my feet. I came out of that program well equipped to handle any emergency.

After almost three years in practice, I decided to look West for a more balanced life. I found a job at Lake Tahoe, with another woman. Shortly after I moved here, I met a wonderful man, and we were married. He always knew he wanted children, and convinced me that starting a family would be a good idea. I agreed, and being the successful physician who had always accomplished everything I set out to do figured getting pregnant would be easy.

I was wrong. I was not ovulating. I embarked on the rocky pathway of infertility, treating myself for almost a year. I got pregnant on Clomid, but miscarried. I miscarried again in 1997. That loss was devastating. I felt like I was a double failure—both as a woman and as an ob/gyn. I joined an e-mail support group and told my story on the Women’s Health Forum at obgyn.net, a site for which I acted as an advisor and expert. It took me six months to get the courage to try again.

I conceived, and thanks to treatments for the antiphospholipid syndrome that was the cause of my miscarriages, this third time was a charm: after Pergonal, progesterone, aspirin and twice daily heparin shots, I delivered my daughter on 12/1/98. She is a miracle, and I am so grateful to have her. I now know how lucky we really are; in May 2000, I miscarried again, despite treatment.

I am still very proud of the "MD" after my name—I worked very hard to get it—but now it stands for more than "Medical Doctor." Now it stands for something much more important and rewarding "Mother/Doctor."

Sign me up for news about Kelly M. Shanahan, M.D. and more from Penguin Random House

Your Over-35 Week-by-Week Pregnancy Guide