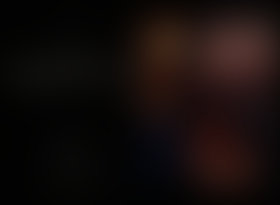 ROBERT BERGMAN (b. 1944, New Orleans) is an American-born photographer who spent ten years traveling the country and taking photographs of Americans from all walks of life. His first two solo exhibitions were at the National Gallery of Art, Washington, D.C. and PS1 MOMA. Bergman divides his time between Minnesota and New York City.


“Every now and then, the art world offers up an unlikely story, and Robert Bergman’s is one of them. He was born in New Orleans and raised mostly in Minneapolis. He began taking and developing snapshots at age 6, and save for a few teenage years he has strived to be a great photographer-artist ever since. But he has remained an out-of-step one, isolated from contemporary tastes, a cult figure to the few who have seen his work in person or in a 1998 book. The 65-year-old photographer went his own way over the past four decades, never selling a work until two years ago, but he nevertheless is about to burst onto the scene with two museum exhibitions, and next month he will have his first show at a commercial gallery, Yossi Milo in Chelsea, New York City.”
—Judith H. Dobrzynski, The Wall Street Journal