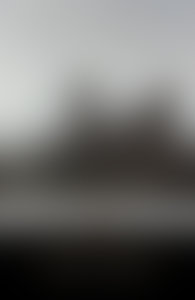 Johann Christian Friedrich Hölderlin was born in 1770 in Lauffen, south-west Germany. He was educated first at boarding school, and then at Tübingen seminary, where he met and became friends with G. W. F. Hegel and F. W. J. Schelling. Despite deciding not to enter the Church, he completed his studies and on graduation in 1793 found employment as a private tutor to the son of Charlotte von Kalb, friend of the poet Friedrich Schiller. It was in his second tutorial post, in the house of a Frankfurt banker named Gontard, that he became romantically involved with his employer’s wife, Susette. He became passionately attached to the young woman, who returned his affection, praising her as ‘Diotima’. Holderlin began writing poetry at school, and not long after graduating from the seminary he began his only novel, Hyperion. It has been suggested that he explored the profound trauma of his parting with Susette Gontard in 1798 through the latter part of this work, and the pain of this event seems to have contributed to the onset of mental illness. In 1802, he returned home from a tutorial post in Bordeaux in a very disturbed state of mind, and, though he recovered for a short while, this condition soon returned. After a brief period of institutionalization, he was taken into the care of a carpenter named Zimmer, with whose family Hölderlin lived in Tübingen until his death in 1843.

Hölderlin’s abiding passion was for the ideal of classical Greece. He felt he had a mission to try to regenerate Germany by using his writing to instill in the country some of the Hellenic greatness he admired, and it was a source of considerable sadness to him that he was unable to fulfill this dream. While his talent was not widely recognized during his lifetime he has come to be regarded as one of the finest writers in the German language, producing a body of lyric poetry (primarily in classical forms, though later unpublished work was of a freer nature) and the epistolary novel Hyperion oder der Eremit in Griechenland (1797-9), which was set against the backdrop of the unsuccessful Greek revolt against the Turks in 1770.