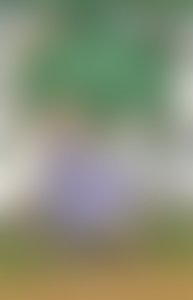 Lucy Maud Montgomery was born in Clifton (now New London), Prince Edward Island, in 1874. After the death of her mother in 1876, Montgomery was raised by her maternal grandparents in the nearby community of Cavendish. She received a teaching certificate in 1894, and studied literature at Dalhousie University in Halifax, Nova Scotia, in 1895. After a brief career as a teacher at various island schools, she moved back to Cavendish in 1898. In 1911, she married the Reverend Ewan Macdonald and moved to Leaskdale, Ontario, where Macdonald was minister in the Presbyterian Church. A prolific writer, she published a number of short stories, poems, and novels, but is best known for Anne of Green Gables and its sequels: Anne of Avonlea, Anne of the Island, Anne of Windy Poplars, Anne’s House of Dreams, Anne of Ingleside, Rainbow Valley, andRilla of Ingleside. Montgomery died in Toronto in 1942 and was buried in her beloved Cavendish, Prince Edward Island.