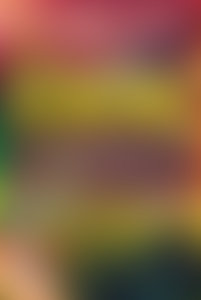 Rusel DeMaria played his first video game in about 1967 at Stanford University. The game was Space War, and it started a lifetime of game playing that has only experienced the brief gap between that time and when Nolan Bushnell finally got Pong on the market. The rest has been games. He began writing professionally in 1981, and wrote for a variety of game and non-game publications, including his own newspaper column and overseas magazine column. In 1989, he started writing for an ill-fated magazine called Computer Play, ending up as Executive Editor before its demise. Computer Play led to a position as Senior Editor of PC Games Magazine and a Contributing Editor for GamePro. That was 1990.
Later in 1990, Rusel founded Prima Publishing’s strategy guide division, originally called Secrets of the Games, with Ben Dominitz, and ran the division as Creative Director for its first six years. During that time, Rusel also authored dozens of strategy guides, experimented with different writing and layout styles, and helped create some of the fundamental elements of today’s strategy guides. There was a time when the majority of strategy guides on the shelves were written by Rusel. Notable books include the million-plus seller, Myst: The Official Strategy Guide, official guides for X-Wing and TIE Fighter, the limited-edition Star Wars novellas, the Farlander Papers and The Stele Chronicles, and more recently, High Score: The Illustrated History of Electronic Games and Reset: Changing the Way We Look at Video Games. Rusel left Prima in 1996. Rusel has been a guest on various TV and radio shows and a speaker/presenter at various game conferences. He currently works as Assistant Director to David Perry in his company, Game Consultants, and is a Design Consultant for Acclaim Games. He continues to write and design books from time to time.

In his personal time, Rusel is a professional mediator, a tree-climbing guide, and a serious student of Tai Chi. He also spent time as a professional musician, but regretfully considers himself more of a lapsed musician than an active one.