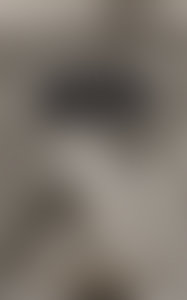 JULIO CORTÁZAR was born in Brussels to Argentinian parents in 1914, was raised in Argentina, and in 1952 moved to Paris, where he continued to live for the rest of his life. He was a poet, translator, an amateur jazz musician as well as the author of several novels and volumes of short stories. Ten of his books have been published in English: The Winners, Hopscotch (which won the National Book Award), Blow-Up and Other Stories, Cronopios and Famas, 62: A Model Kit, A Change of Light, We Love Glenda So Much, and A Certain Lucas. He received the Prix Médicis Award (France, 1974) and the Rubén Darío Order of Cultural Independence (Nicaragua, 1983), among other accolades. Considered one of the great modern Latin American authors, he died in Paris in February 1984.

Hopscotch, Blow-Up, We Love Glenda So Much

Queremos tanto a Glenda / We Love Glenda So Much

Cortázar. Que cada cosa cruel sea tú que vuelves / May You Return to My Life with Every Misfortune

Books by Julio Cortazar published by The MIT Press