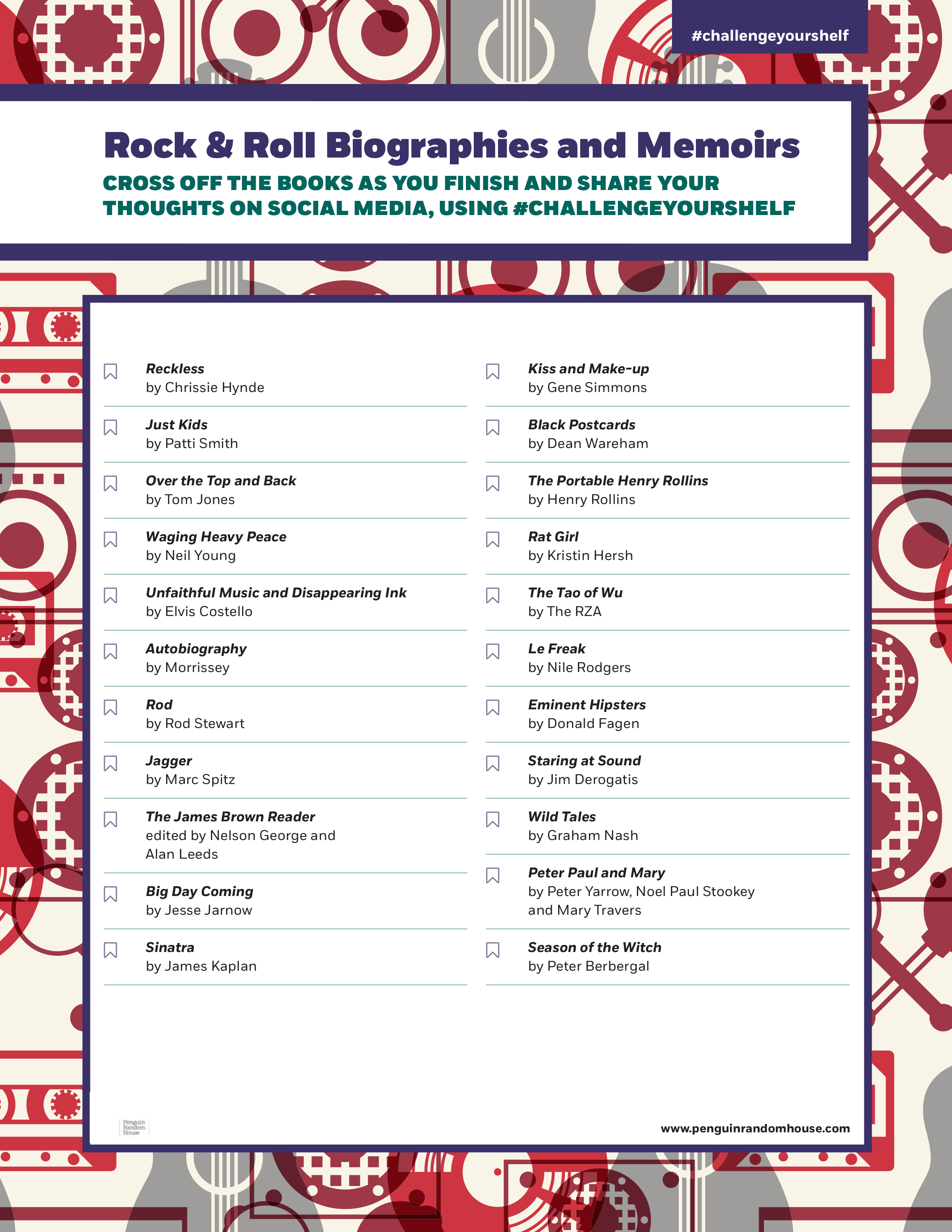 Check out all the books in the challenge below! 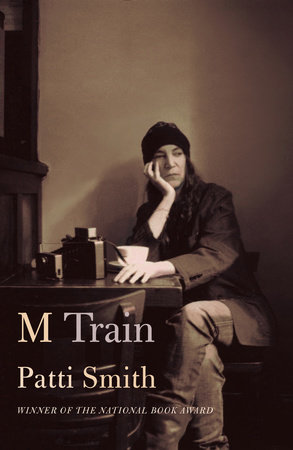 From the National Book Award–winning author of Just Kids: a “sublime collection of true stories … and wild imaginings that take us to the very heart of who Patti Smith is” (Vanity Fair), told through the cafés and haunts she has worked in around the world. Patti Smith calls this bestselling work “a roadmap to my... Read more > 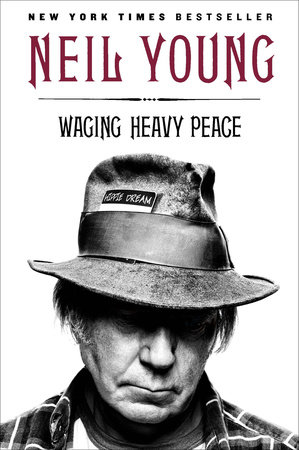 The perfect gift for music lovers and Neil Young fans, telling the story behind Neil Young's legendary career and his iconic, beloved songs.

“I think I will have to use my time wisely and keep my thoughts straight if I am to succeed and deliver the cargo I so carefully have carried thus far to the outer... Read more > 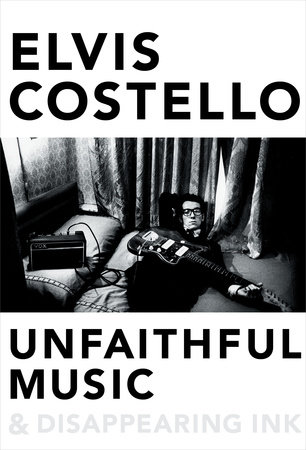 Unfaithful Music & Disappearing Ink provides readers with a master’s catalogue of a lifetime of great music. Costello reveals the process behind writing and... Read more > 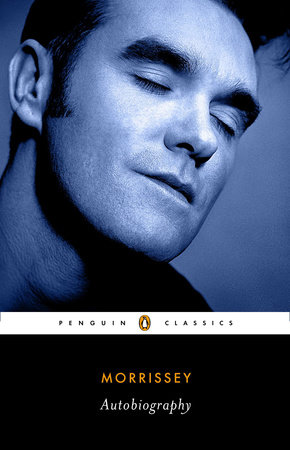 “Spend the day in bed” with Autobiography by Morrissey, whose new album Low in High School is out November 17th

Steven Patrick Morrissey was born in Manchester on May 22nd 1959. Singer-songwriter and co-founder of the Smiths (1982–1987), Morrissey has been a solo artist for twenty-six years, during which time he... Read more > 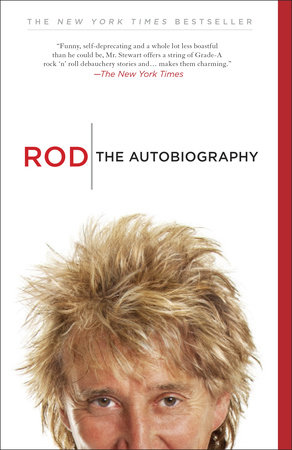 The extraordinary life and career of music legend Rod Stewart, in his own words for the first time.

With his soulful and singular voice, narrative songwriting, and passionate live performances Rod Stewart has paved one of the most iconic and successful music careers of all time. He was the charismatic lead singer... Read more > 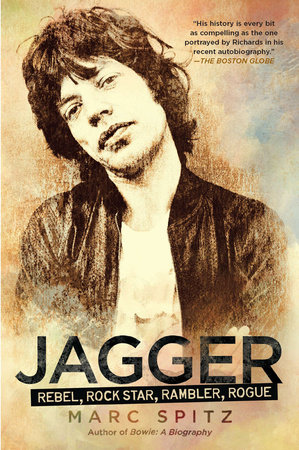 An examination of Mick Jagger’s spectacular life and the cultural revolution he led as the legendary front man of the Rolling Stones.

As the Rolling Stones celebrate their fiftieth anniversary, their legendary front man remains an enigma; he hasn’t given an in-depth interview in a decade and a half. Drawing on... Read more > 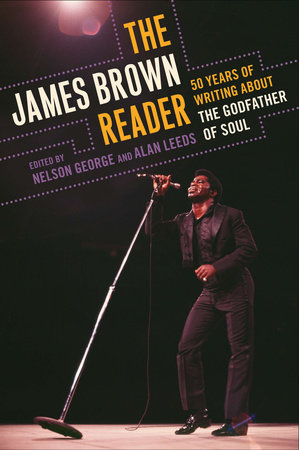 Nelson George and Alan Leeds have assembled the first comprehensive collection of writings about the late, great Godfather of Soul, creating a fascinating mosaic of the man and the musician. Known as the hardest-working man in show business, James Brown embodied rhythm and blues, funk and soul, and sensuality.... Read more > 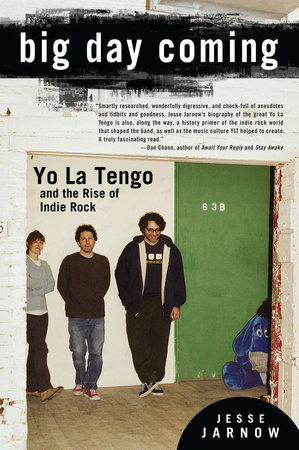 The first biography of Yo La Tengo, the massively influential band who all but defined indie music.

Yo La Tengo has lit up the indie scene for three decades, part of an underground revolution that defied corporate music conglomerates, eschewed pop radio, and found a third way. Going behind the scenes of one of... Read more > 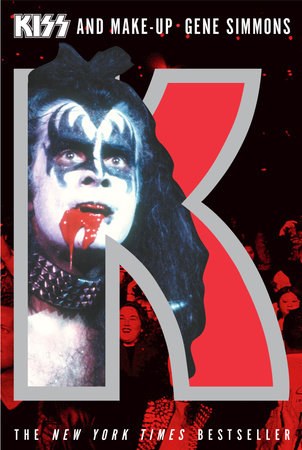 You wanted the truth, you got the truth—the hottest book in the world!

Fueled by an explosive mix of makeup, costumes, and attitude, KISS burst onto the music scene thirty years ago and has become a rock institution. The band has sold more than eighty million records, has broken every concert attendance record set... Read more > 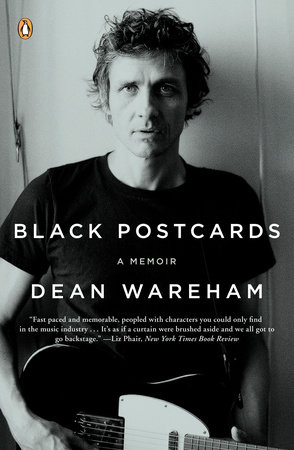 A bewitching memoir about the lures, torments, and rewards of making and performing music in the indie rock world

Dean Wareham's seminal bands Galaxie 500 and Luna have long been adored by a devoted cult following and extolled by rock critics. Now he brings us the blunt, heartbreaking, and wickedly charismatic... Read more > 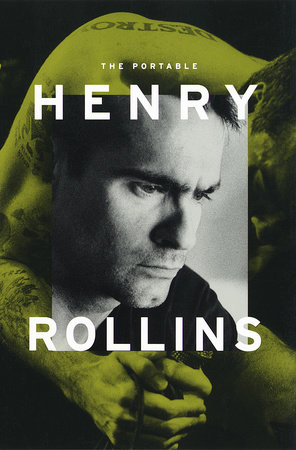 Henry Rollins is an artist whose legendary, no-holds-barred performances encompasses music, acting, and written and spoken word.  As Details magazine said when it named Rollins the 1994 Man of the Year: "through two decades of rage and discipline, Henry Rollins has transformed himself from an L.A. punk rocker... Read more > 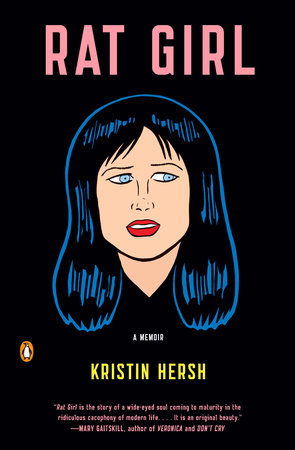 The founder of a cult rock band shares her outrageous tale of growing up much faster than planned.

In 1985, Kristin Hersh was just starting to find her place in the world. After leaving home at the age of fifteen, the precocious child of unconventional hippies had enrolled in college while her band, Throwing... Read more > 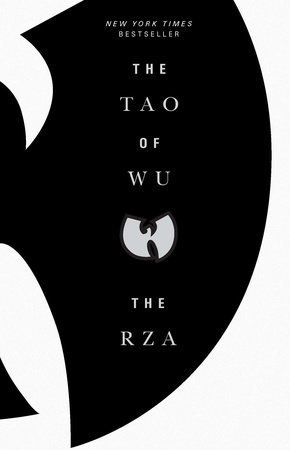 The Tao of Wu

From the founder of the Wu-Tang Clan—celebrating their 25th anniversary this year—an inspirational book for the hip hop fan.


The RZA, founder of the Wu-Tang Clan, imparts the lessons he's learned on his journey from the Staten Island projects to international superstardom. A devout student of knowledge in every... Read more > 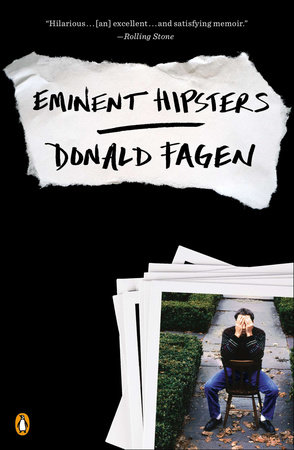 A witty, candid, sharply written memoir by the cofounder of Steely Dan

In his entertaining debut as an author, Donald Fagen—musician, songwriter, and cofounder of Steely Dan—reveals the cultural figures and currents that shaped his artistic sensibility, as well as offering a look at his college days and a... Read more > 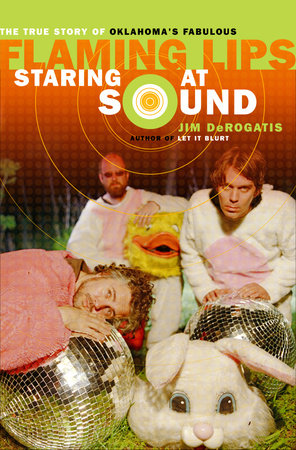 An engrossing and intimate portrait of the Oklahoma-based psychedelic pop band the Flaming Lips, cult heroes to millions of indie-rock fans. 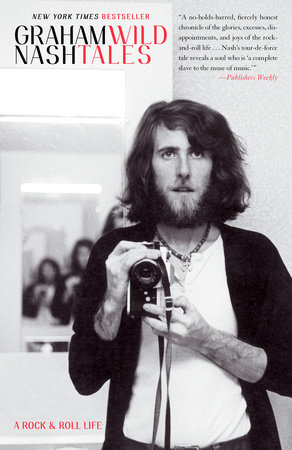 From Graham Nash—the legendary musician and founding member of the iconic bands Crosby, Stills & Nash and The Hollies—comes a candid and riveting autobiography that belongs on the reading list of every classic rock fan. 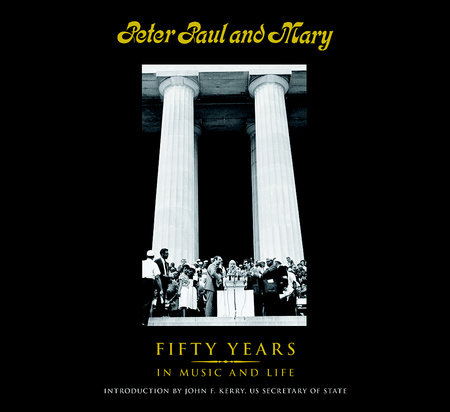 This carefully crafted and collectible volume tells the intimate story of Peter, Paul, and Mary and their music, in their words and with iconic images that follow their passionate, fifty-year journey to the center of America’s heart. Photographs, many rare and never before published, taken over five decades by... Read more > 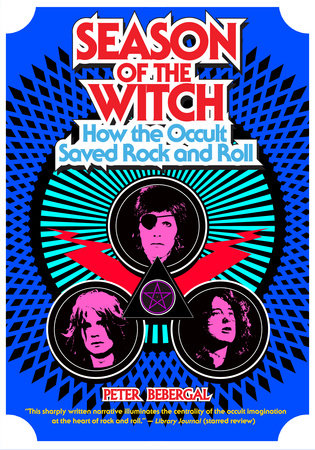 This epic cultural and historical odyssey unearths the full influence of occult traditions on rock and roll -- from the Beatles to Black Sabbath -- and shows how the marriage between mysticism and music changed our world.

From the hoodoo-inspired sounds of Elvis Presley to the Eastern odysseys of George Harrison,... Read more >