Who’s Afraid of Mercury Retrograde? Or Why Astrology’s Most-Feared Cycle May be Just What You Need

This July Fourth my family traveled to Hilton Head Island in South Carolina for a vacation. Getting there was no easy trip. We traveled during the astrological period called Mercury Retrograde: a thrice-yearly phase when the planet Mercury appears to move backwards – and travel, communication, and commerce (all things associated with the ancient god Mercury) are thought to go awry. And so they did. But there were deeper lessons in store.

We began our travels just a few days after the current cycle began on June 26 (it ends July 20). As astrological tradition holds, it is an especially ill-fated time for travel. True to lore, my wife and our sons, ages 6 and 9, discovered that our outbound flight from New York was severely delayed, causing us to miss our connection in D.C. and leaving us stranded overnight. For added measure, our luggage got lost in transfer limbo.

“Now do you believe in Mercury Retrograde?” I asked my wife. She fixed me with a don’t-even-ask look.

This kind of travel snafu is considered typical during Mercury Retrograde. But an interesting wrinkle occurred – the type of thing that gets overlooked when people speak with trepidation of Mercury Retrograde. When we returned to New York, upon deplaning we re-encountered the same (very humorous) gate attendant who had seen us off at the start of our trip. He not only remembered us but resumed a joke with our youngest son, Tobias, which he had made at the start of our trip days earlier. This minor light on our journey points toward an under-appreciated facet of Mercury Retrograde: We get the chance to repeat things. People can surprisingly re-merge from our past. Old projects can get revived. Relationships and endeavors we were certain we had left behind, or lost items (and not just lost luggage), can reappear.

Mercury Retrograde cycles last about three to four weeks and occur when the planet Mercury traverses furthest from the sun in its highly elliptical orbit. At its point of curvature Mercury visually appears to be moving backwards when viewed from Earth. Optically this is somewhat like when you’re on a train and another train on a parallel track slows, but does not stop, and from your seat appears to be reversing.

Everything has its hour and Mercury Retrograde is not just a cycle of missed flights and botched transit: it can also become a time of revisiting, revising, and reconsidering. During this year’s first Mercury Retrograde cycle early in 2013 I heard from a network television executive who had been discussing a show with me the previous year, but talks had dropped off. Now she wanted to talk anew.

Signing contracts and selling homes is considered a big no-no during Mercury Retrograde. But even in this area interesting developments can occur. About six years ago, my wife and I reluctantly committed to selling a lake house we own in upstate New York. We were uncertain it was the right move. But we went ahead and signed a deal with a local real-estate agent. I knew that signing deals was considered verboten during Mercury Retrograde, but the agent was understandably eager – and I didn’t feel that I could tell him: “Well, you see Mike, in about four weeks the god Mercury will be more inclined to shine favorably upon our undertaking, so…” One weekend we went to prepare the house for sale and unexpectedly found that our three-year-old son was enchanted with the place. Seeing his newfound excitement, we reversed our decision and decided to keep the house – later to our great relief. This was a decision that had needed reconsidering. Enter Mercury Retrograde.

Western astrology has ancient roots extending to the Babylonian and Hellenic civilizations. Yet in its contemporary practice, astrology (as with many aspects of modern life) takes on forms that are actually more recent than we realize. The earliest references to Mercury Retrograde as an astrological phenomenon began in the mid-1700s in British agricultural almanacs read by farmers who believed that the motions of the stars affected planting seasons. “Mercury is turn’d retrograde in Sagittarius, which brings him back to meet the Sun in Conjunction,” went a reading for December 9, 1754 in Vox Stellarum: Or, a Loyal Alamack. In the twentieth century, Franklin Roosevelt’s agricultural secretary and second vice president, Henry A. Wallace, himself a farmer and almanac publisher, felt that the study of zodiacal cycles could aid scientific agriculture. Even today zodiacal charts remain a regular feature of planting almanacs.

Mercury Retrograde has currency among many people who don’t follow astrology. Although you won’t find Mercury’s cycles tacked up on the bulletin boards of air-traffic control centers or search-engine offices, lots of people in those fields and others talk or (often uneasily) joke about it. Anecdotally, Mercury Retrograde is considered prime time for internet crashes and travel mishaps, or even disasters.

But we cannot sit things out during Mercury Retrograde. Contemporary life is fast moving, and certain things, including signing contracts and taking trips, cannot be placed on hold during Mercury’s thrice-yearly visual reversal. My advice is: Don’t even attempt to hunker down during its cycle. Depending on your outlook, you might have to brace for a few reversals and snafus. But there is another dimension to the matter. You might also find that Mercury Retrograde – contrary to the apprehension it stirs online and in coffee-break rooms – is a period of revisiting or happily reversing situations that you had once imagined set in stone. Mercury Retrograde may place a speed bump into your plans, but it can also loosen things up and unwind knots. So sit back for the ride. It will be an unexpected one. 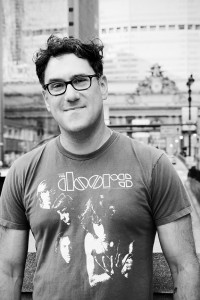 Mitch Horowitz is vice-president and editor-in-chief at Tarcher/Penguin. He is the author of Occult America (Bantam), which received the 2010 PEN Oakland/ Josephine Miles Award for literary excellence. His new book, One Simple Idea: How Positive Thinking Reshaped Modern Life, is forthcoming from Crown in January 2014. Horowitz frequently writes about and discusses alternative spirituality in the national media, including CBS Sunday Morning, Dateline NBC, All Things Considered, The Wall Street Journal, The Washington Post, and CNN.com. He is online at: www.MitchHorowitz.com.