It all started with a title on a manuscript submission I couldn’t get out of my brain: Mr. Churchill’s Secretary. OK, I admit to a certain obsession with the British icon–but his secretary? What must it have been like to work during Britain’s darkest hours with that flamboyant, irascible, outrageously complicated figure? Biographies and memoirs abound of Churchill’s generals, his family, his aides. We know all about his pets, his bathing habits, his socks, favorite drink and books. But his secretary?

As I turned the manuscript pages, I was hooked. For this debut novel wasn’t merely about life in the shadow of Winston Churchill during those scary, dangerous days of what became known as the “false war”—it was the captivating story of a brilliant, college-educated, ambitious young woman with a flair for math and codes…who found that the only job opening for a woman in wartime UK government was typing and filing: Talk about a glass ceiling!

And, she wasn’t even British.  She was an American.

An American woman in the Blitz, working at the side of the seminal power makers of the period, forced to elbow her way into a man’s world….And crimson lipstick and cocktails….

What’s not to love?

Over the course of six award-winning novels, Susan and her marvelous creation, Maggie Hope, continue to enthrall me. In these gloriously researched capers, Susan has led Maggie and her spellbound readers down the bomb-torn alleyways of London, into the heart ‎of the UK’s spy network, parachuting into enemy headquarters, conspiring with Eleanor Roosevelt in the very corridors of the White House.  She’s crafted an intimate glimpse of young Princess Lisbeth and the Royal Family at Windsor; cavorted with Fala, FDR’s Scottie; and courageously shown us the suffering of those in the concentration camps.  More important, she’s stripped away the bald historical facts to inveigle us deep into the hearts of women during war:  women making tough choices and sacrifices, surviving, fighting back, courageously holding together their lives and their jobs and their families under unspeakable pressures.

There was a real Mr. Churchill’s secretary, a woman named Elizabeth Nel who worked for the Prime Minister from 1941 to 1945 and even wrote a memoir of it, which begins: “It doesn’t really matter who I am or where I come from.  Without undue modesty, the only thing of real interest about me is that during World War II I worked for four and a half years as one of the Personal Secretaries to Sir Winston Churchill….”

But Susan MacNeal has proven, time and time again in her marvelous, intriguing novels, that the women behind the scenes did matter.  And that’s the real triumph of the Maggie Hope novels.

Learn more about the Maggie Hope books below! 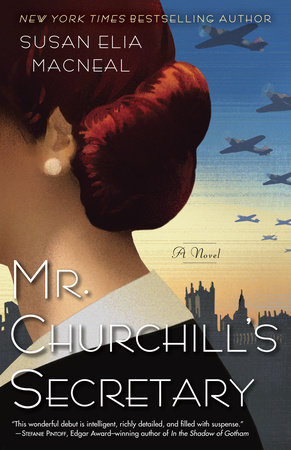 For fans of Jacqueline Winspear, Laurie R. King, and Anne Perry, Mr. Churchill’s Secretary captures the drama of an era of unprecedented challenge—and the greatness that rose to meet it.

London, 1940. Winston Churchill has just been sworn in, war rages across the Channel, and the threat of a Blitz looms larger by... Read more > 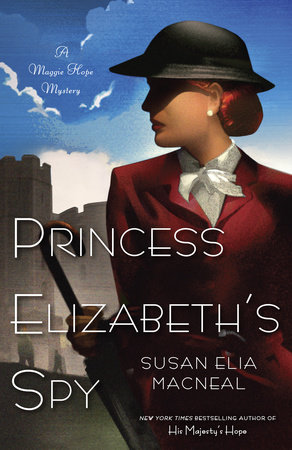 As World War II sweeps the continent and England steels itself against... Read more > 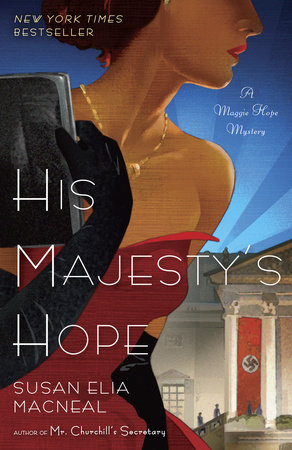 NEW YORK TIMES BESTSELLER • For fans of Jacqueline Winspear, Laurie R. King, and Anne Perry, whip-smart heroine Maggie Hope returns to embark on a clandestine mission behind enemy lines where no one can be trusted, and even the smallest indiscretion can be deadly. 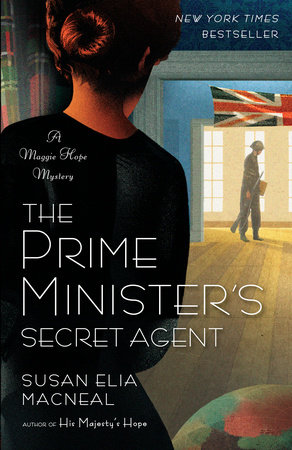 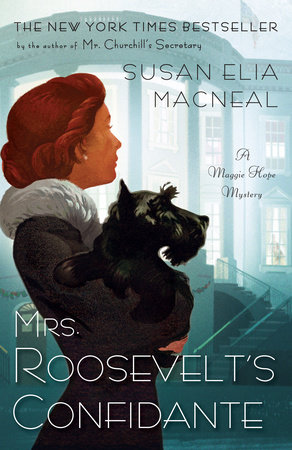 NEW YORK TIMES BESTSELLER • In this riveting mystery from Susan Elia MacNeal, England’s most daring spy, Maggie Hope, travels across the pond to America, where a looming scandal poses a grave threat to the White House and the Allied cause.December 1941. Soon after the attack on Pearl Harbor, Winston Churchill... Read more > 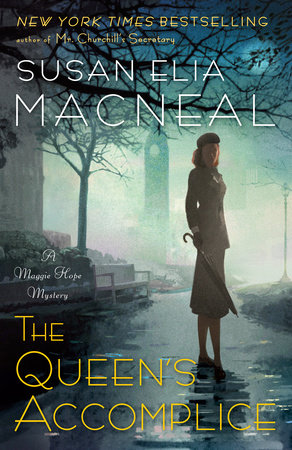 Spy and code-breaker extraordinaire Maggie Hope returns to war-weary London, where she is thrust into the dangerous hunt for a monster, as the New York Times bestselling mystery series for fans of Jacqueline Winspear, Charles Todd, and Anne Perry continues.