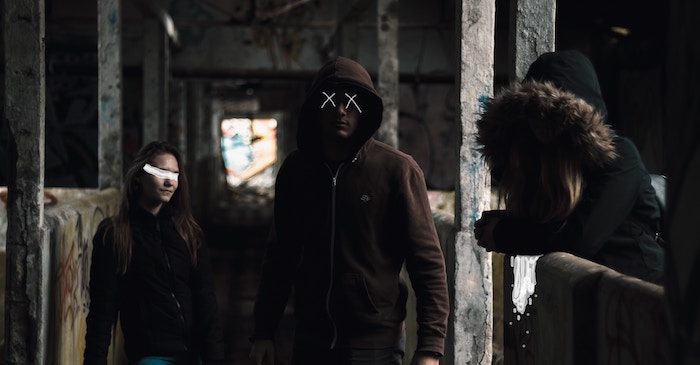 This essay was written by Josh Malerman and originally appeared on Unbound Worlds. Josh Malerman defines the new generation of horror writers as only he can in this inventive essay. Unbury Carol is out now, and Inspection is coming in April 2019.

Mother says you’re made up of witches and woods, brutal bloodletting, slashers in hoods. But I know better, having eaten my share, saved some for later, stashed under stairs.

Mother doesn’t like you. She says you are trite! I try to convince her night after night. I beseeched her, “Dear Mother, open thy mind. Horror is no longer a word you will find so neatly packaged with stuffing and twine.”

“Leave me, dark child, with a full foamy stein.
And take your common monsters, speckled with teeth
Used so often they put me to sleep.
Take your old bones lying out in the rain
While I read something compelling and sane.”

I continued with Mother, as well as I could. My argument expanded to include books she deemed good. “Some say Jane Eyre is as much of a fright as Tanith Lee’s Dreams of Dark and Light. And some cite Melville as a man of such tales, for what could be scarier than a giant white whale? But never mind the classics, fuddy mother of mine, horror no longer grows on the vine Here, let me show you one of mine.”

Here I showed Mother Inspection of mine.

She huffed and she hawed until halfway she knew it, she lifted the book and she almost threw it, then brought it back down to the yarn on her knees, and read the second half at her ease.

“But this isn’t horror, rotten child of mine, for it has no vampires or inverted nines.”

Dear Mother then frowned and dismissed me again. But she hadn’t yet thrown the book in her hand.

“What does your kind know of the ways of the soul? Coming of age? Quality control? Leave me, braindead child, and take with you your trolls.”

“Horror has changed, Dear Mother it’s true, it’s not the same now as it was for you. The genre is present as the ice in your drink, it’s come up through the pipes and the sink.”

Here Mother looked to the kitchen, to the sink, and I felt I’d made progress, had got her to think.

“The genre has fled from the castles of yore and is no longer steeped in bones and gore–though we love such elements, we love them, it’s true! But did you know the color blue could be as much monster as the thing in the brew? Did you know we see monsters in even baby blue?”

“The way you talk, it’s as if you see scares everywhere.”

I pointed to a corner where nothing was there.

Mother shook her head and pointed, too, a long wrinkled finger and said, “You, oh you. Do you think me so vulgar to believe such a thing? That your genre might be found on a butterfly’s wing?”

“But what better place–do not make a face–for your likeness may match the pattern of lace in the curtains of this room in which we debate, or the pattern indeed of the butterfly’s mate.”

“Oh!” Mother said, shaking her head. “Leave me, gross child, and take your undead. You speak as though you’d marry Dreary and Dread.”

“I’ll leave you, Dear Mother, I’ll go up to my bed. But not without repeating the things that I’ve said. For horror has risen from the graves of yore and can be found now in places never heard of before, or perhaps even the corners of this very room! A brand new monster in this very room!”

She looked to the corner and I felt I’d scored, but I’d need to describe what stood where the walls met the floor.

“Do you see it, Dear Mother? The crown of its head? Why, it’s not even a ghost, it’s not even dead. Nor is it invisible, as you’ve read of before. What stands in this room is More.”

“More as a monster?” Mother laughed at me so. “But what sort of horror does More have in store?”

I crossed the room then.

Mother seemed to consider, but did not look resigned.

She set down my book, took the yarn from her lap, rose to a standing, and clapped a lone clap.

“Bedtime for me, ugly child of mine.” And she made for the staircase of antique pine.

Her opinion, I thought, as hard as the wood.

But as she took the first step, and the step did shriek, she paused without turning to speak: “The way you see it, stairs could be horror. And a person who takes them, an explorer.”

She did turn then, and gave me a wink, nodded her head as if to rethink, then climbed the stairs and called over her shoulder, “Interesting child, you simmer and smolder–do all you new writers think this way? Horror in all things, every day?”

She stopped outside her bedroom up there, perhaps pondering a brand new scare.

And she whispered, “Not bad,” before closing the door. 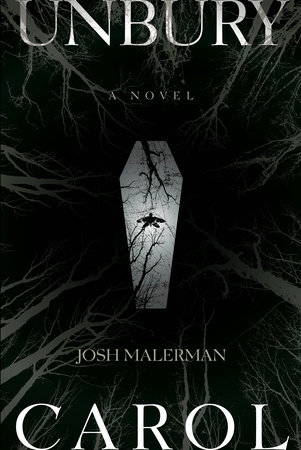 This haunting story of a woman literally bringing herself back from the dead is a twisted take on the Sleeping Beauty fairy tale that will stay with you long after you’ve turned the final page.
Read more >

Photo by W A T A R I on Unsplash