Writing Tips: Food in Fiction: Not Just for Eating by Samantha Downing

Food is one of my top five favorite things in the world. Maybe even the top three. But if I have to be honest, it’s probably in the top two. That says a lot about me. Likewise, food can be used to say a lot about your characters.

Do you know what your characters eat? Does the reader know?

Food can be more than sustenance. It can be used as a tool, a prop, something to show instead of tell. The main characters in my first novel, My Lovely Wife, live in a gated community, eat organic food, and use almond milk instead of the real thing. When one of them chooses to eat something like a hot dog, there’s a reason for it. Food can be used not only to show a person’s character, but also their state of mind. 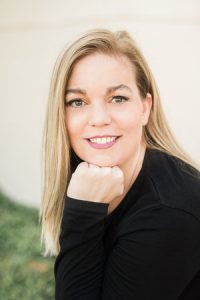 Do they eat when they’re stressed, or not eat at all? Or do they eat different foods? All of this can say a lot about a character.

Funny thing about characters … they have to do things. Eating can be a big part of that, but it doesn’t have to be fluff.

Imagine two characters meet at a coffee shop to discuss a topic integral to your story. Maybe one lost a job, or their spouse is having an affair, or maybe they’re having an all-out war with a neighbor. The dialogue may be the most important part of this scene, but it doesn’t have to be the only important part.

For example, if both characters order the same thing — say, medium lattes — that’s hardly notable. Or if what they order isn’t mentioned at all, it becomes irrelevant.

But what if one character orders a plain black coffee, and the other orders a jumbo cinnamon roll with an extra-large salted caramel mocha? And which ordered which? Does the one with the problem order the food, or is it the one who has to listen? Either way, the scene just became a lot more interesting.

The preparation of food is as important as the consumption of it … or so my friends tell me. I do not cook, not ever, and anyone who knows me is grateful for that.

If I said the same thing about character, it would tell you something. The same applies to characters who cook all their food from scratch, using only ingredients from the farmer’s market. Or maybe your character’s idea of cooking involves pre-made sauces and pre-cooked meat, because they don’t have the time to make homemade marinara sauce.

Kitchens are places where people gather in life and in books, so use the location to your advantage.

To Drink or Not to Drink

Alcohol has at least as many uses as food, if not more. Going out for a drink is another thing for your characters to do. Bars are also where people meet, flirt, and — as often happens in fiction — decide and plan to commit crimes. How much or how little a character drinks, and what they drink, can tell the reader a lot.

But that’s not all alcohol can do. Characters can change when they’re drunk. The shy become bold, the calm become angry, and the happy start to cry. Some drink to the point of blacking out, only to find themselves in a mess the next morning.

Or picture this scenario: A group of colleagues go out drinking after work. As the night wears on, and the group becomes more intoxicated, people start to flirt. They start to say things they shouldn’t. Maybe they gossip about their boss and other co-workers. Secrets are revealed, embellished, repeated.

One of the characters — let’s say a man — goes to the bar to get another drink. He orders a club soda with lime. Unlike his colleagues, he hasn’t been drinking at all. He’s just pretending to be as intoxicated as they are.

Now it’s not just a night out, it’s something deceitful — maybe even sinister. Alcohol can do all of that, if used properly.

This is not to say food can be used to show everything, nor should it. While I’d like to spend the majority of my time eating bonbons and bacon cheeseburgers, I don’t. Neither should your characters.

Food is one example of how everyday activities and needs can be effectively used in fiction. It’s not the only thing. It may not even be the most interesting thing. It’s just one of the many tools available to tell your story. 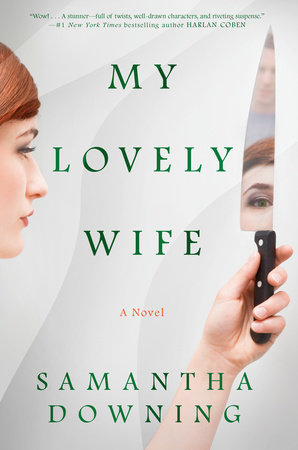 “Think: Dexter but sexier.”—theSkimm
“A dark and irresistible debut.”—People
“Will shock even the savviest suspense readers.”—Real Simple