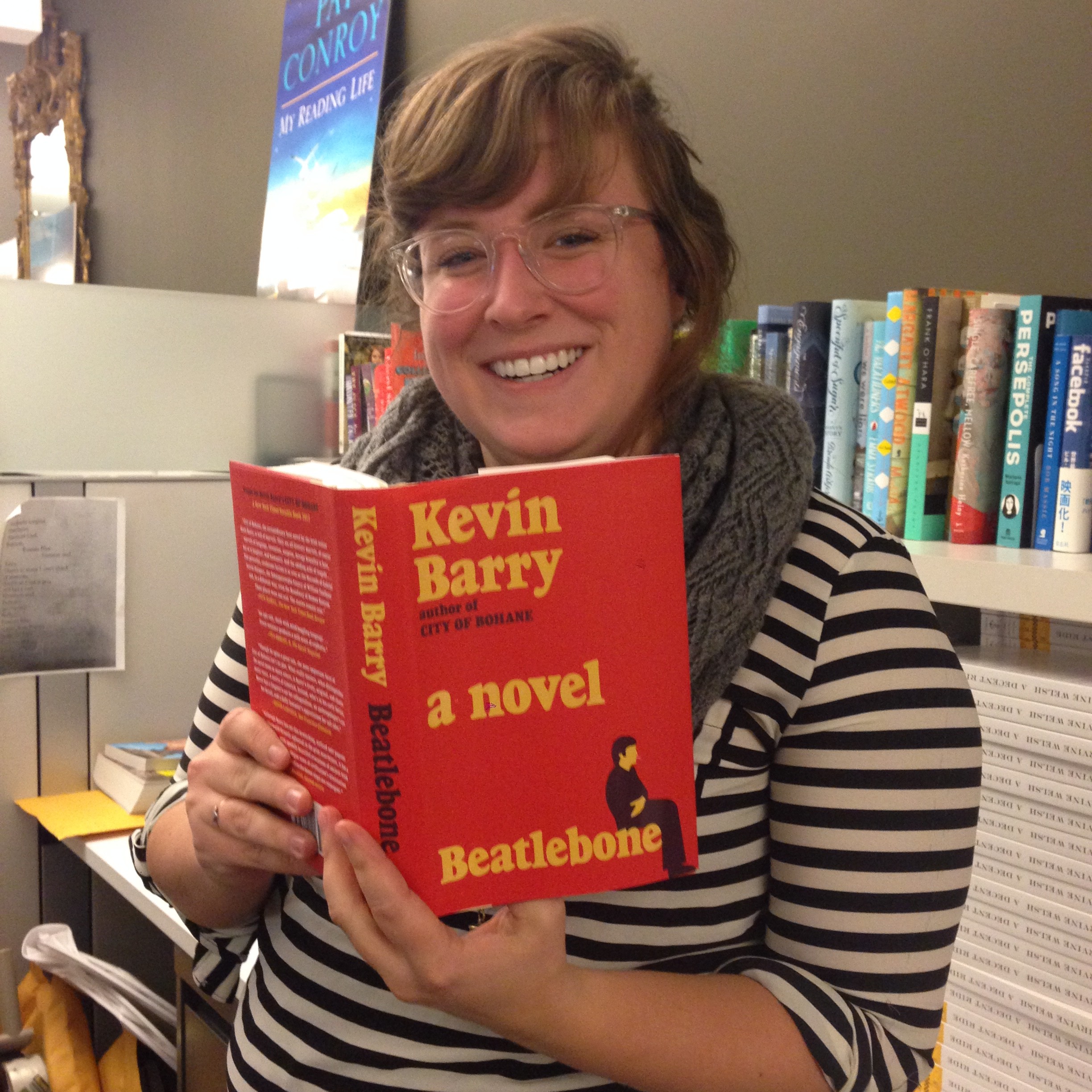 Lauren in Doubleday marketing is reading Beatlebone by Kevin Barry. 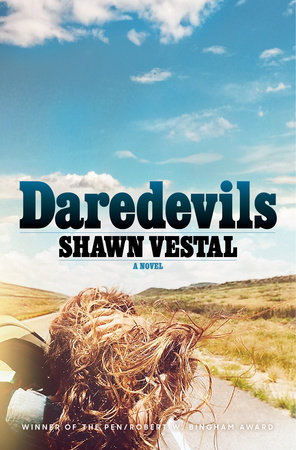 I don’t usually develop an idea, and often when I do start with an idea, it falls apart in the writing. I typically have something much less than an idea that gives me the itch to write – a line, an image, an object (objects are compelling; I think of them as little pieces of grit that might accrue narrative mother-of-pearl). Lately, I have found myself writing stories inspired by titles – I get excited about something that sounds like an interesting title, and start to write a story off that excitement, and the stories often have only the loosest connection to the words in the title. I don’t quite get it, honestly. I end up in places I didn’t foresee.

A couple of months ago, I stopped at a Seven-11 that had a huge sign in the window advertising a combo meal of a hot dog and soda. Built around the smaller text in the sign were two huge phrases – “Super Hot” and “Extra Large.” At a distance, they seemed to be combined into one phrase: Super Hot Extra Large. This is now the title of a story I am working on that I had no plans to write and no idea of before these magical words arrived in my mind and gave me an itch.

I try to write regularly and steadily, whether or not I’m in the mood, and – like a lot of writers – I think it’s a mistake to wait for or rely upon inspiration. Inspiration often arrives after I’ve started working. But I am also not rigorous about a writing schedule. I write every day, but I don’t write fiction every day. My week is divided between writing newspaper columns at The Spokesman-Review in Spokane, and writing fiction and other work on the other days. I have come to feel that the time away from the current work in progress is crucial – time to think, to imagine myself more deeply into the characters and situations, and to begin to develop ideas for the next pages. This time away, thinking about the writing, is what energizes me most for the return, and so I cultivate it a little bit, and try to build that eagerness so I’m impatient to get started.

My worst habit is the desire to be done. I do enjoy writing, and I would even say I need to write on some compulsive level, but the sorry truth is that I am probably most motivated by the desire to have written, to have composed something worthy that I can try to swap for attention or vanity fuel. This has made me a reluctant reviser, and far too eager to consider a story or novel done when it still needs work.

I try to overcome this in a few ways. The main one is by relying upon a couple of key friends as readers/editors who help push me. It’s also important for me to go through a kind of hot-cold cycle – a period of intense attention and effort to complete a draft (which will feel utterly complete and polished to me) followed by a stretch of ignoring the work until I can look at it again with fresh eyes and see some of the problems, so I am no longer reluctant to get in there and muck it up in an effort to fix it.

I often write a little long.

So, so many. Here are a random few:

Vonnegut’s Breakfast of Champions, which I read in my teens, gave me the idea that boundaries of what could be a book were much wider – and weirder – than I had realized.

McCarthy’s Blood Meridian horrified me as it engrossed and captivated me, and while some of the book’s philosophizing is less interesting to me than it once was, there remains something unique in the energy of that experience that draws me back – the grotesqueries of westward expansion cast in language that draws beautifully upon venerable old verbal rhythms. It’s like a scripture telling the ugliest truth about Manifest Destiny.

Kelly Link’s Magic for Beginners, which I read as a 40-something grad student, changed my attitude toward the literary possibilities of fantasy, science fiction, the surreal, magic, etc., and opened up a new and hopefully not-too-imitative strain in my writing. And then, when I had strayed perhaps too far from the here and now, Alice Munro’s “Runaway,” which I also read as a 40-something grad student, reminded once again of the possibilities for magic in lives that only seem routine.

Thomas Bernhard’s Woodcutters is probably the book that’s in my head the most now. Reading his feverish, run-on rants makes me want to produce prose that can do that – lift readers and carry them with such force that they can no longer get hold of the riverbank.

Learn more about Daredevils below.