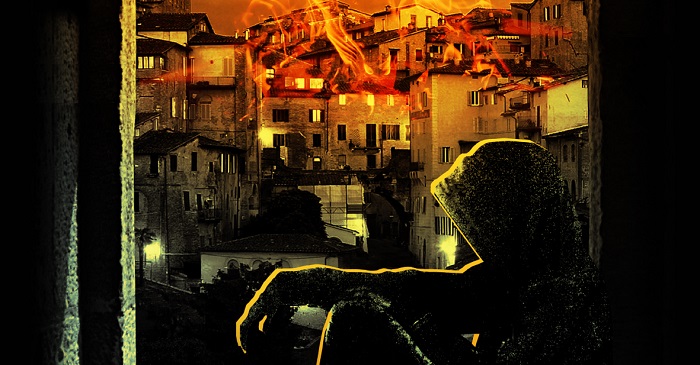 This article was written by Robert Jackson Bennett and originally appeared on Unbound Worlds.

One of the problems I had with magic as a young reader was that it was never clear how it worked.

Despite whatever exposition or worldbuilding the author put me through, at the critical moment magic usually boiled down to a word, a gesture, the right ingredients, and the proper stance. Why this combination of disparate if not random elements satisfied the rules of the world to force reality to change was always a mystery to me.

“Why did they have to prick themselves with a needle?” I would ask myself. “Why did they use an onion? Why a candle made of black tallow? Why were the ladies always either naked or wearing gauzy robes when they did magic, but men wore giant black cloaks?”

I understood that the reason why magic worked is that… well, it’s magic. But often at some plot-critical point in the story, the magic would wind up not working, and this often flew in the face of what had been established before.

Loopholes and exceptions abounded, seemingly invented on the fly. Magic wasn’t a system, it was just the fuel the author used whenever they needed to make the plot go.

It was while I was staying at a rather drab and dreary hotel that I had the idea… what is magic, I thought, but a command? A direction? An order? If magic were real, I thought, it wouldn’t be some hidden mystery – it would be a series of instructions given to the world to make it be different, to distort reality into something it wasn’t.

I complicated it further – what if it wasn’t instructions, but rather an argument? Reality, like any natural phenomena, wouldn’t want to change: it’d have gravity, momentum. It would have to be convinced, and magic would be the language you’d use to convince it to change.

“So reality is stupid,” I thought. “You’d have to give it a very specific, detailed argument as to why it needed to be totally different. If you want to tell a ball to roll forward very fast like it was flying down a hill, you’d have to define what a ball was, what a hill was, and then what ‘fast’ meant.”

And then I thought to myself, “Magic is just a way of programming reality like one might write code for an application.”

And that blew the whole thing wide open in my mind.

In the world of Foundryside, there are naturally occurring elemental sigils in the world, sigils for anything and everything: for water, heat, motion, gravity, for “stone” and “night” and “wind” and “flesh.” When you inscribe these sigils on an object, you change its reality, but only very slightly – if you write, say, the sigil for “clay” upon a stone, it becomes slightly, slightly softer… but not that much.

Yet if you combine the sigils… if you put them together to make what is essentially a script that can be executed on command… then you can change much, much more. You’d just store the pre-written scripts in a bank of some kind – like a database, or lexicon – and whenever you needed to alter reality, you just called up the right script, and….

Foundryside is a world very different from our own, but also very much alike: it is a world in which some very, very smart people have found a way to write code to change reality, thus making themselves and their culture massively powerful almost overnight, creating an industrialized city of corporate espionage, reality-altering magic code, obscenely wealthy tycoons, and ancient secrets.

It is a world in which someone figured out how magic works. And such a world, it turns out, can be very nasty indeed.