Explore
Archives
Articles Tagged “independant bookstores”
The Life of a Book: An interview with Sales Manager Justin Goodfellow
Apr 13, 2016 Behind the Scenes 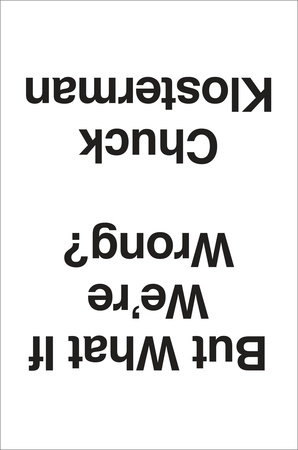 We’re going deep inside the making of a book, with interviews from Penguin Random House employees in editorial, marketing, sales, and more.  If you’ve ever wondered about all the behind-the-scenes work that goes into making your favorite books, this is the series for you.

Today we’re featuring our interview with Justin Goodfellow, who sells But What if We’re Wrong? to bookstores, and is here to give us a sales perspective.

What does your job entail?

I have the great fortune of being a Sales Manager for Penguin Adult books! In this role, I present all of the upcoming titles from Penguin Books to independent bookstores in the New York metropolitan area. In other words, I’m a bookseller to booksellers! During the course of a year, I meet with various book buyers to discuss and select the titles that will eventually be on their shelves for readers to purchase. The part about these meetings that I love so much is that I get to be involved in curating the store along with the buyer. Every independent bookstore is unique, and it is my responsibility to learn as much as I can about the stores so that the books I sell them will reflect their personalities.

I also work extensively with the other departments in publishing like editorial and publicity. Editors will often let sales people read manuscripts so that we can offer feedback or let them know about a store that will be particularly excited about the book. And then there is publicity! Publicists are dear friends to Sales Managers because we work together to setup author readings and signings at different bookstores across the whole country. In my opinion, there is no better way to spend a weekday evening than to attend a reading at your local bookshop. 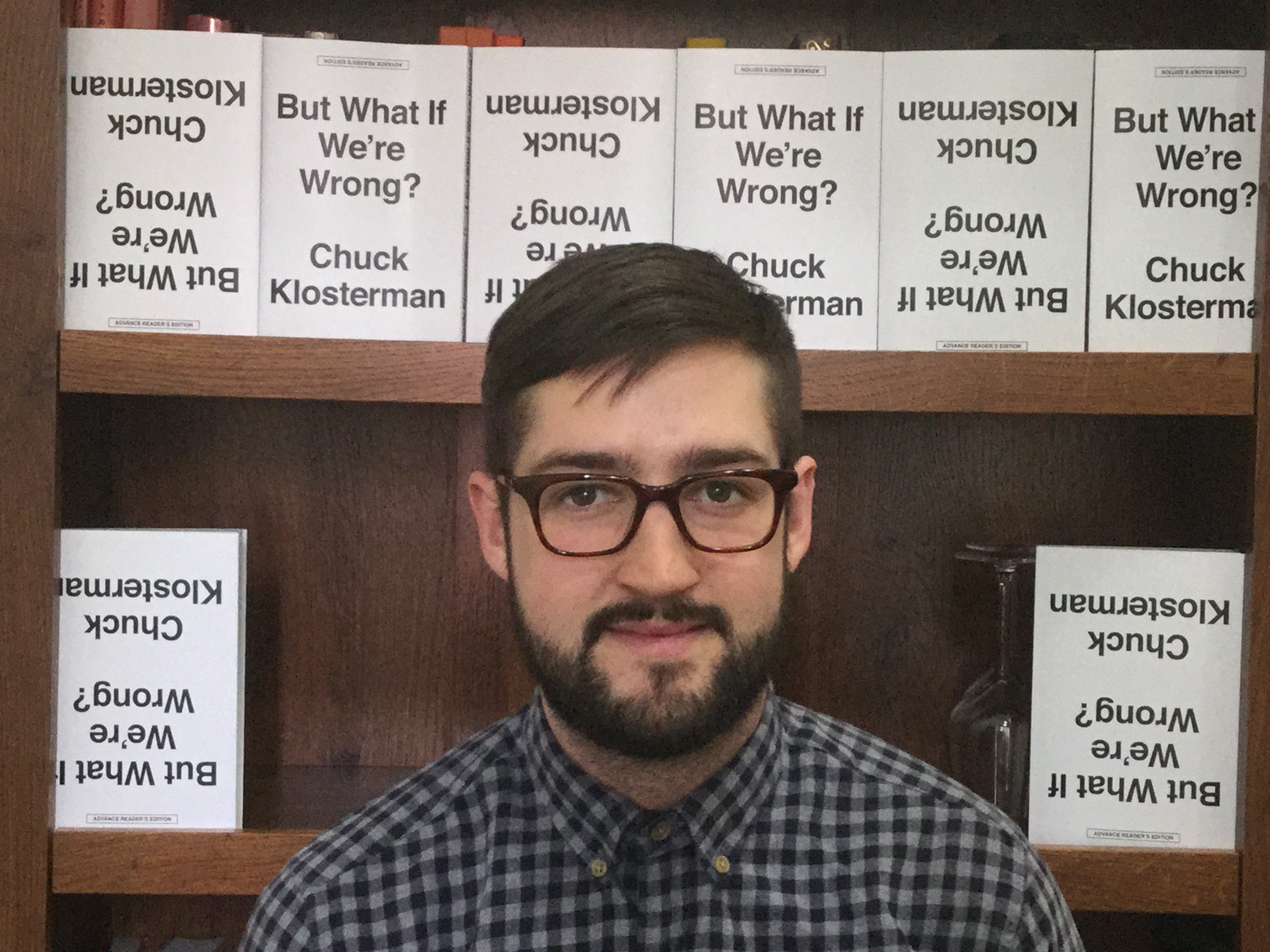 When you describe But What if We’re Wrong? to bookbuyers, what is your hook? What is memorable or unique about the book? Why would they want it in their store?

You would probably laugh at how little of a hook I need for Chuck Klosterman a lot of the time! His reputation precedes him, and I often sell the book well by simply saying, “Look, it’s the new Chuck Klosterman!” But there is so much more that I get to tell my booksellers about. When it comes to But What If We’re Wrong?, I feel like Klosterman has explored a question that covers an impressive number of topics. From a conversation with Neil deGrasse Tyson about the multiverse to reasons why the NFL could potentially fail, But What If We’re Wrong? is genius in its breadth, and that is going to bring an entirely new audience to Klosterman.

There are so many different reasons for why independent bookstores love Chuck Klosterman! One thing I’ve heard that cracked me up is that many view Chuck Klosterman as a hipper Malcolm Gladwell. Now while I personally think that Gladwell is plenty hip, I also feel like I understand the deeper sentiment underneath that opinion. There is a level of access that every Klosterman book achieves, and it results in a sincere investigation about a topic. Reading Klosterman doesn’t feel like reading an author who is analyzing something from the outside; it feels like reading the carefully considered meditations of someone who is intimately involved with what they write about. That sincerity can’t be faked in a reading experience because it is simply the result of skillful writing.

What continues to strike me about my job is that I get to connect people who all love books. My publishing house considers me a specialist on the bookstores I work with, and in turn, my bookstores view me as a specialist about the publishers and all of the different titles we bring out. It is a singular role, and I love the opportunity to continue learning from the books and the people that participate in the world of literature.

I love that Klosterman always feels like he is writing directly to me. It creates an experience that not many authors can bring to the page. Sometimes this occurs through those passages that directly address the reader, but more often I feel addressed by a line of thought. It’s as if a good friend of mine is laying out an issue before me with perfect pacing and allowing me to fully grasp his point of view.

My favorite part of But What If We’re Wrong? is this amazing section about television’s ability to capture and portray a time period. The quick take away from the chapter is that while everyone might love Mad Men and think of it as crowning accomplishment that captured the 1960s, many historians of the future would probably disagree. The perceptions that created Mad Men came from people living in the early 2000s instead of the actual 1960s. Everything about Mad Men is too perfectly considered and too meticulously constructed with hindsight to be genuinely natural. Instead, a show like Roseanne offers a much more realistic portrayal of its time period. Like many families living in the 1990s, Roseanne showed a chubby American family trying to get by with okay jobs while living in a kind of messy house. For many, that is an accurate picture of life in the 1990s, and Roseanne was able to capture all of this unknowingly. The show was just created in the very same time period its characters lived in!

Read the first post in this series here, and part one and part two of the Q&A with Klosterman’s editor.