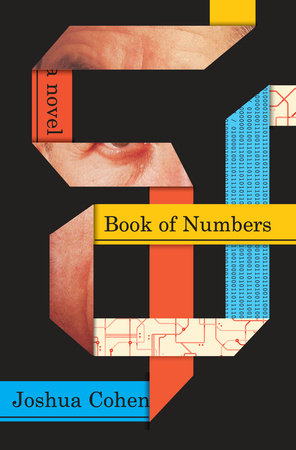 I was 25 when the proposal for Book of Numbers first appeared in my Inbox, and it was my very first acquisition. Over the previous years, I’d edited several novels, and, like all editors, had been perpetually on the lookout for something that recreated the feeling of magic I had reading my favorite books when I was young.

Alongside those professional endeavors, though, in my private life as a reader I was eager to see something that reflected and explored the experiences of people my age: the first generation to grow up with the Internet. In my mind, at least, the so-called Digital Revolution and the Internet in particular have changed our culture and society in ways that are just beginning to be understood. Of course, everyone knows how much time everyone else spends online these days, and the manner in which we do our shopping, socializing, dating, and reading. But it’s the subtle ways the Internet has changed us – the ways it infiltrates our consciousness, for good and for ill – that interest me the most.

I was always a little surprised that there weren’t more literary novelists taking a hard look at this phenomenon, because no medium is better suited to examining the personal, the private, the inner life than the novel. I wanted to read something that looked at life with the Internet from the bottom up – something that got into the dirty details of how the Internet affects our thoughts and behavior on a daily level (a poet once said that all art has to begin in “the foul rag and bone shop of the heart”).

I distinctly remember reading the manuscript of Book of Numbers at home on my couch the night it came in. It only took me about fifteen pages before I knew: This Is It. And as I continued to read on, what started as recognition quickly turned to awe. It felt then as if Josh’s novel was updating the world – like it was pushing literary culture into the digital age, and pushing digital culture to acknowledge its debt to literature, to the human heart, to human beings. On top of that, it was funny, and exuberant, and just sheer entertainment on the highest level.

That said, the work was not finished at acquisition. Indeed, Josh and I spent quite a lot of time collaborating on the novel, making sure every sentence was as close to perfect as we could get it. Every Friday afternoon, from the first week of January 2014 until the end of December, Josh and I met in an office in 1745 Broadway. We went through the entire book, covering twenty pages a week. And then we went through it again. And again. And again, and again.

This time working with Josh was, without a doubt, the highlight of my career thus far. Nothing is more fun than sitting with a world-class writer (laughing and joking the whole time) and tweaking a scene, a paragraph, a word, until it’s just right. At least, that’s my idea of fun.

The reception of the book has been wonderful, and I’m as proud of the book itself as I’ve been of anything, but it was those hours working together with Josh, when nobody else in the world was paying attention, that I’ll remember most.

Three Questions for Random House VP & Executive Editor Kara Cesare on The One That Got Away
Apr 5, 2015 Editor’s Desk 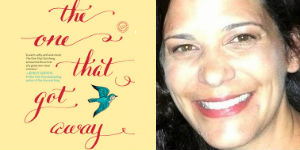 Kara Cesare, Vice President & Executive Editor, Random House Group, offers insights into her work with debut novelist Bethany Chase and the newly released The One That Got Away.  Full of both humor and heartbreak, this book tells the story of one woman’s discovery that, sometimes, life is what happens when you leave the blueprints behind.

Having been the editor of a broad range of bestselling, award-winning authors, from Janet Evanovich to Lisa See, what was it about Bethany Chase and The One That Got Away that captured your interest and made you want to acquire and edit her novel?

I fell into The One That Got Away immediately, and I didn’t stop reading until I turned the last page, which speaks to Bethany’s storytelling talent. I appreciated her gift for creating relatable, winning characters looking for love, but also searching for their place in the world. I missed the characters as soon as I finished the novel—that’s how vivid they were to me, and that’s when I knew I wanted to acquire such an impressive, emotional, and romantic debut. I was also very inspired by Bethany’s strong aesthetics in the novel—she’s an interior designer by trade and her descriptions of architecture and design are so mesmerizing.

How would you describe the editor/author process of working with Bethany and what was involved in the evolution of this title from initial manuscript to finished book?

Bethany is an incredible partner in publishing. We connected the first time we spoke about the novel, and she was open and receptive to the editorial notes I shared with her. She was very engaged in the editorial dialogue we had and was sincerely invested in making the novel as strong as it could possibly be.

Who do you feel will be most attracted to The One That Got Away and what elements of the characters and the story will resonate most powerfully with readers?

I think the premise—What would happen if you got a second chance at a love that almost was?—is really intriguing. Her opening is enticing: “Every woman has one. That name you Google at two o’clock in the morning. The intoxicating connection that somehow never solidified into anything real; that particular memory you still visit every now and then, for that guaranteed hit of pure, sugar-packed dopamine.” There’s an irresistible love story at the center of the novel, but there are also wonderful and poignant themes running through it about family, grief, resilience, and of creating a sense of home for yourself that I think will resonate. My hope is that the heart, wisdom, and humor that pervades this novel will appeal to readers looking for a great new voice in fiction, and that their discovery of this new talent will be one they can’t wait to share with their friends!

Read more about The One That Got Away here.