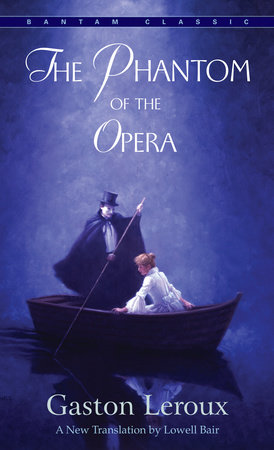 print
The Phantom of the Opera Reader’s Guide

1. 1. Some modern critics feel the characters in The Phantom of the Opera are static and shallow, that Christine is too innocent, Raoul too noble, and Erik’s obsession with Christine never fully explained. Do you think Leroux purposely did this, and if so, why?

2. 2. The Phantom of the Opera was published as the romantic movement was slowly turning into the gothic movement. How would you classify it?

3. 3. Leroux wrote The Phantom of the Opera in a time when there was widespread French interest in Freudian psychoanalysis and particularly the libidinal/infantile/mother-seeking unconscious. How does Leroux work this into his novel? Are there characters that fit the infant or mother role?

4. 4. Some critics see the Phantom as simply the unconscious, the Freudian superego. Do you believe this is what Leroux was truly writing about, or did he give his monster more depth?

5. 5. Some see Erik as not shifting his class status, the theme of many gothic novels, but instead shifting his race. What scenes in the text help, or hinder, this assessment? Why would Leroux write of something so controversial?

6. 6. One of Leroux’s major themes in this novel is the changing of one’s class. Consider Christine, the daughter of a fairground fiddle player, now besting the most talented opera singer in Paris and winning the heart of a viscount. What is Leroux saying here? Is it meant to simply be a happy ending?

Learn More About The Phantom of the Opera
print

The Turn of the Screw and Other Ghost Stories
Henry James

The End of the World
Don Hertzfeldt

The Woman Who Died a Lot
Jasper Fforde

The Case Against Satan
Ray Russell

Sense and Sensibility and Sea Monsters
Ben H. Winters and Jane Austen
Back to Top