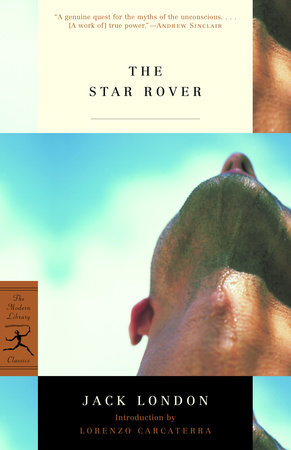 1. The Star Rover was less successful commercially and critically than most of Jack London’s other books. Would you attribute this to the book’s difficult subject matter or something else? Why?

2. Discuss the propaganda in the book. What do you make of the book’s denunciation of capital punishment and arguments for prison reform? Does London’s clear agenda in any way diminish the book’s impact, or does it add to it, in your opinion?

3. How does London’s impassioned socialist viewpoint inform the book? How does capitalist society precipitate the prison system, if at all? Does London really think the system can change? Why or why not? What do you make of London’s portrayal of Cecil Winwood?

4. How does the Death Row experience color Darrell Standing’s perspective? Does knowing when and how one’s death will come make prison life more or less tolerable? How did you as a reader react to Standing, knowing of his impending doom?

5. One of London’s primary preoccupations was the idea of corporeal courage, proficiency. In what sense, if any, does physical courage triumph over physical adversity in The Star Rover?

6. Discuss Standing’s character, which is atypical by London standards. How significant is it that Darrell Standing is a university professor? a ­self-­described paciWst? How does this inform the plot’s dynamic? Does it complicate the fact that he is in prison? How so?

7. Discuss London’s talent for realism. Does this preclude a happy ending in The Star Rover? What do we ultimately come away with? Is there any hope in London’s worldview? Do Standing’s survival tactics ultimately succeed?

8. Discuss London’s accounts of Standing’s ­out-­of-­body experiences. Did you Wnd these metaphysical accounts believable? How are Standing’s visions signiWcant with regard to the book’s larger themes?

9. What does the book’s title mean to you? Discuss.

The Mystic Arts of Erasing All Signs of Death
Charlie Huston

The End of California
Steve Yarbrough

In the Heat of the Night
John Ball

The End of the Night
John D. MacDonald

And Fire Came Down
Emma Viskic

Blood on the Moon
James Ellroy

One Monday We Killed Them All
John D. MacDonald

A Key to the Suite
John D. MacDonald