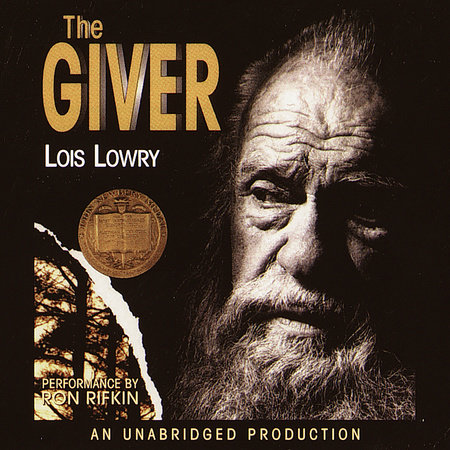 1. In The Giver, each family has two parents, a son, and a daughter. The relationships are not biological but are developed through observation and a careful handling of personality. In our own society, the makeup of family is under discussion. How are families defined? Are families the foundations of a society, or are they continually open for new definitions?

2. In Jonas’s community, every person and his or her experience are precisely the same. The climate is controlled, and competition has been eliminated in favor of a community in which everyone works only for the common good. What advantages might “Sameness” yield for contemporary communities? Is the loss of diversity worthwhile?

3. Underneath the placid calm of Jonas’s society lies a very orderly and inexorable system of euthanasia, practiced on the very young who do not conform, the elderly, and those whose errors threaten the stability of the community. What are the disadvantages and benefits of a community that accepts such a vision of euthanasia?

4. Why is the relationship between Jonas and The Giver dangerous, and what does this danger suggest about the nature of love?

5. The ending of The Giver may be interpreted in two very different ways. Perhaps Jonas is remembering his Christmas memory–one of the most beautiful that The Giver transmitted to him–as he and Gabriel are freezing to death, falling into a dreamlike coma in the snow. Or perhaps Jonas does hear music and, with his special vision, is able to perceive the warm house where people are waiting to greet him. In her acceptance speech for the Newbery Medal, Lois Lowry mentioned both possibilities but would not choose one as correct. What evidence supports each interpretation?

6. There are groups in the United States today that actively seek to maintain an identity outside the mainstream culture: the Amish, the Mennonites, Native American tribes, and the Hasidic Jewish community. What benefits do these groups expect from defining themselves as “other”? What are the disadvantages? How does the mainstream culture put pressure on such groups?

7. Lois Lowry helps create an alternate world by having the community use words in a special way. Though that world stresses what it calls “precision of language,” in fact it is built upon language that is not precise but deliberately clouds meaning. What is the danger of such misleading language?

8. Examine the ways in which Jonas’s community uses euphemism to distance itself from the reality of “Release.” How does our own society use euphemism to distance us from such realities as aging and death, bodily functions, and political activities? What are the benefits and disadvantages of such uses of language?


From the Paperback edition.
Learn More About The Giver
print
Back to Top