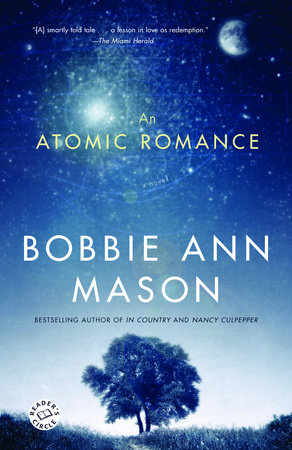 1. Why are Julia and Reed attracted to each other? What accounts
for their “romance”? Do you sympathize with Julia or Reed in the
breakup? Do you think Reed is being reasonable?

2. Consider the role of science in the novel and in the romance.
Why are Reed and Julia so interested in such uncommon topics as
quarks and the genome project and black holes? What questions ultimately
lie beneath Reed and Julia’s flirtation with quantum theory
and string theory?

3. Why does Reed keep working at such a dangerous job? Can you
explain his loyalty? How does his attitude toward his work evolve?
How serious are the dangers of radioactive contamination? How
does he deal—or not deal—with his potentially lethal exposures to
plutonium? How serious is the problem of nuclear waste for the
world?

4. Reed dreams about a woman killing herself in the wildlife refuge,
a “private screening of a horror film” (10) in his mind. How do you
interpret the meaning of this dream, and why is Reed haunted by it?
How does Reed’s dream connect to all the other dreaming in the
novel? Consider also the epigraph, and Reed’s favorite poem,
Samuel Taylor Coleridge’s “Kubla Khan,” a poem that arose from a
dream. Why do you think there are so many dreams in this novel?

5. The novel begins as if Reed is watching a movie when he rides
into the wildlife refuge. How does this point of view—and the passive
way we watch movies—arise from Reed’s character and situation?
Can you find other references in the novel to the ways in
which movies influence our way of seeing?

6. There are numerous insects in this book, including the oversized
praying mantis. Why are these insects flying around in this story?
Look for other clusters of images, such as birds, clouds, colors, and
discuss why they might be significant.

7. How does Reed feel about his mother? What is her role in our
understanding of the atomic legacy passed down to Reed? Why
does she like to pretend?

8. Reed has a special fascination with images from the Hubble telescope.
Trace the sequence of Reed’s sessions at the computer with
his astronomical pictures. Why does he move from the stars to the
planets? What are the transuranics?

9. Why does Reed think his buddy Burl is wise or even “holy”?
What does Burl mean by serving as Reed’s “Prayer Warrior”?

10. Julia is a person who’s out for a second chance, a mother who
starts a career after her daughters are grown. How realistic are her
ambitions? Does Julia know herself? Can Reed share and support
her ambitions?

11. What is the role of the mysterious Celtic Warrior Reed encounters
in the wildlife refuge?

12. After Julia leaves for Chicago, Reed finds himself in a series of
situations that carry him along until he can make a decision. What
do these scenes—the ride with Burl into the country, the farewell
trip to the wildlife refuge, the meeting with his Internet pen pal, and
the church pageant with Burl—contribute to Reed’s state of mind
and the progress of his romance with Julia?

13. Does the novel have a happy ending?

Learn More About An Atomic Romance
print
Back to Top