The Secret of Everything Reader’s Guide 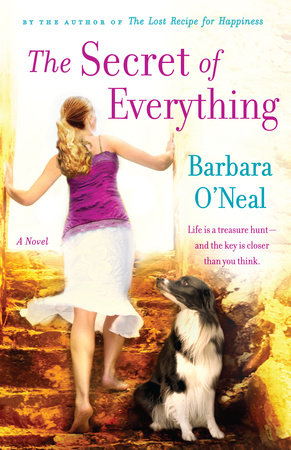 The Secret of Everything Reader’s Guide

print
The Secret of Everything Reader’s Guide

1. Tessa has had a very unconventional life, and chose an unusual career as a hiking tour leader.  Is that a life that seems glamorous or lonely to you? Have you ever wanted an unconventional career?

2. As a young woman, Tessa set three goals for her life: to see the world, to buy her father a house, and to have a photo published in National Geographic.  Did you set big goals for yourself as a teenager? What did you dream of accomplishing?

3. Sam is an unusual father.  Do you think he’s a good father or a bad one?  Are his lies justified?  Do you think Tessa would have had a better life with someone else?

4. Is Vince a better father than Sam?  How do you think Vince’s daughters will turn out?

5. The 100 Breakfasts Café is an important meeting ground in the book, and Vita believes that breakfast is “the secret of everything.”  She also believes that everyone has a favorite and remembers them.  Why is breakfast so comforting?  Is it more stabilizing than other meals?  What are some of your favorite breakfasts?

6. Natalie has not worked through the grief of her mother’s death, and her stealing is a way to protest the great wrong she feels was done to her.  Have you ever known a child who acted out in a similar way?  Did you ever feel as a child that people just did not understand you?

7. Natalie and her sister have terrible fights, and yet many of the adults in the book tell Vince not to worry, that fighting between siblings is normal.  What do you think? Are their fights normal, or would you have wanted to intervene?  Did you ever fight with a sibling?

8. Tessa and Vince have an almost instantaneous and powerful connection, despite the reservations of each. Do you think they will be happy over the long term? Can you imagine what their lives will be like ten years from now?

9. Tessa and Natalie both have trouble connecting with and showing affection for the people around them, and yet both love their dogs openly and have special relationships with these animals. Why do you think this is? What does this say about their characters?

10. A number of the characters in the story are self-described “foodies.” What do you think of this culture in general? How do you think that this aspect of their personalities affect the characters’ relationships with their world?

11. Tessa’s father, Sam, keeps many secrets from his daughter. Do you think that it was right for him to hide this from her or do you think that he should have come clean to her earlier about their past?

12. In a somewhat similar move, Natalie’s grandmother tries to dissuade her from buying an unflattering outfit to protect her, but perhaps ends up doing more harm than good. How do you decide the balance between protecting children and giving them freedom to make their own mistakes?

13. Throughout the story, Tessa struggles with guilt surrounding the hiking accident. Do you think that she should hold herself responsible for this incident? Do you think that Tessa is too hard on herself or not hard enough?

14. At the beginning of their relationship, Tessa and Vince are both hesitant to commit to each other. Do you think their reservations are justified? Do you believe in relationships without commitment?

Learn More About The Secret of Everything
print

That’s What Frenemies Are For
Lauren Gershell and Sophie Littlefield

The Art of Keeping Secrets
Patti Callahan Henry
Back to Top