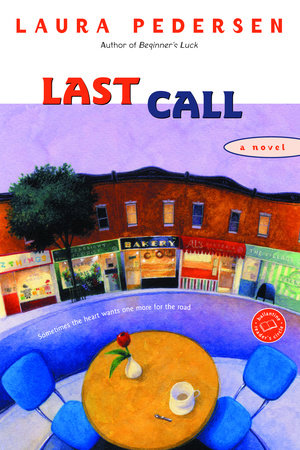 1. Have circumstances driven Diana to become more overprotective and
fretful than she might be if life were easier at the moment—if she had
more money and a nice husband, and if her father wasn’t ill? Have you
ever gone through a rough period when you felt like a person on the
verge of a breakdown due to events beyond your control—when life
temporarily eclipses your true personality, or at least the person you
want to be?

2. Is Hayden a good or bad influence on his grandson? Is Hayden helpful
in counteracting Diana’s coddling of her son, especially now that he’s
almost a teenager? Or is Hayden the one making Diana anxious in the
first place?

3. Does Hayden’s appreciation of the freedom and opportunity he’s found
in the United States, combined with fierce pride for his homeland,
bring to mind the mixed attitudes shared by immigrants you know?

4. Does it matter what religion, if any, Joey becomes when he’s older? Or
have Hayden and Rosamond imparted other valuable lessons?

5. Do you know people who have fallen out over religion, or decided not
to marry because of the issue? Would you agree or disagree that there
are certain situations where the differences and difficulties just can’t be
overcome?

6. Has Rosamond truly lost her faith, or, as a woman coming to the end of
her childbearing years, is she suffering from a vacuum of human affec-
tion? Is it possible to live a rich and full life and not know physical
intimacy?

7. Why does Diana suddenly allow Joey to play baseball after her sister’s
stepson dies in a freak accident? Shouldn’t this event serve to make her
more fearful that Joey will be injured?

8. Is Hayden really an atheist or does he have his own spiritual program
to live a good and full life—perhaps “Haydenism”? Would you say that
you subscribe to all the tenets of a specific faith or that you’ve assembled
your own guidelines?

9. Is it possible that any events in the book were meant to be miracles? Or
are they just life’s typical accidents and coincidences?

10. If you wanted to find biblical equivalents for the characters in Last Call,
who might have the most in common with Bobbie Anne?

11. Being a good parent often involves making difficult choices and personal
sacrifices. What are some real-life examples of this made by people
you know?

12. Rosamond lost her mother when she was young. Hayden lost his father
and had a difficult youth because his family lost their farm. Joey’s parents
are divorced and he no longer sees his father. Do you think such
childhood events forever change the way we see and react to the world?
When you look back, is there anything you experienced early on, good
or bad, that you’d say has had a tremendous impact on later decisions,
or the way you’ve chosen to live your life or raise your family?

13. Diana and her sister, Linda, appear to have had a pleasant childhood,
complete with two parents who love and provide for them. Yet the sisters
don’t get along. Why do family tensions often arise even when
there’s no apparent reason for it? Are there siblings in your family who
aren’t close and it’s hard to determine when or why it all started?

14. By the end of the story has Rosamond converted Hayden or vice versa?
Or are they both able to love in their own way and stay true to opposing
belief systems?

15. Is it possible to overcome some religious differences by focusing on the
similarities?

16. Why does Rosamond return to the convent at the end of the story?

17. What do you think Rosamond and Hayden would say about I Corinthians
13:13: “There are three things that will endure: faith, hope, and
love, and the greatest of these is love”? Is it true that love can transcend
everything, including religion and even death?

When You Least Expect It
Whitney Gaskell

Mine Are Spectacular!
Janice Kaplan and Lynn Schnurnberger

Getting Over Mr. Right
Chrissie Manby

She, Myself & I
Whitney Gaskell

Whatever Makes You Happy
Lisa Grunwald

Too Close to Home
Susan Lewis

The Definition of Wind
Ellen Block
Back to Top