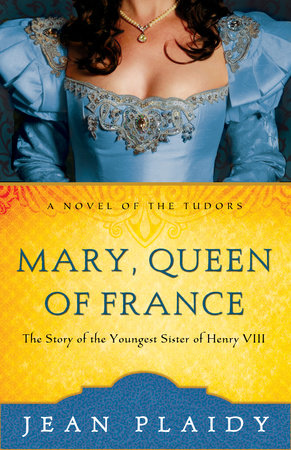 Twelve-year-old Princess Mary is nonchalant when she is married off to Charles, Prince of Castile and heir to the Spanish throne. It will be years before she is forced to actually join her husband in Spain, and the pomp and ceremony of court life provide a colorful and welcome distraction until that fateful day. But on the night of her wedding, Mary meets Charles Brandon, a dashing boyhood friend of her brother Henry, and her life is altered permanently. Suddenly the burden of royalty is a yoke around Mary’s shoulders, and she longs to be the author of her own destiny, free of her loveless political marriage. A glimmer of hope appears when a political snafu between England and Spain cancels her betrothal, but that hope is immediately snuffed out when Henry, now king, announces his intention to send Mary to France to wed Louis XII instead. Devastated, furious at Henry, and hell-bent on reversing this disastrous turn of events, Mary arrives in France and begins a quiet campaign to liberate herself and reunite with her love, Charles Brandon.

But life in the French court is complex, tangled, rife with hidden agendas and political posturing, and Mary soon finds herself engaged in a contentious relationship with François, the Dauphin of France, and his ambitious mother and sister. This trinity of schemers opens Mary’s eyes to the concept that Louis’s death is perhaps the only way out of her gilded cage. Meanwhile, Charles Brandon suffers Henry’s whims back in England and must pretend to be grateful for any advantageous betrothal Henry concocts, even as he secretly yearns for the one hand that will never be offered to him—Mary’s. And as Henry matures into an ever more-ruthless and power-hungry monarch, the two lovers are forced to risk their very lives if they are to unite at last.

1. Mary and Henry maintain a subtle balance of power between them. Although Henry has the last word by virtue of being king, Mary has enormous emotional
sway over him. Where do you see Mary affecting Henry’s decisions or intervening to calm situations that would otherwise prove disastrous? When does Henry first offer a glimpse of just how dangerous his temper can be, even with Mary?

2. Henry is so eager to become king that he joyfully anticipates his own father’s death: “Every direction in which he turned he found adulation, and
very soon—it could not be long because the old man was coughing and spitting blood regularly now—he would be the King of this country.” And as Mary contemplates her brother Arthur’s death, she muses, “perhaps it was all for the best…for Henry was surely meant to be King.” Are Henry and Mary vultures or pragmatists? Do you think their attitude is a necessary product of life in the English court, or are they particularly cold-hearted?

3. Mary’s arrival in France as wife to Louis is a hard blow to “the trinity” of François, Marguerite, and Louise. Yet, ironically, it is François who is chosen by the king to greet Mary when she first arrives. How does this first meeting go? Does François have a soft streak, or is he a consummate actor? Mary asks herself, “What was it he was attempting to offer? Commiseration? Consolation?” What is the answer?

4. Early in his rule, Henry faces a series of setbacks. The death of a newborn son, a mutiny by English soldiers in France, and the treacherous teaming-up of Ferdinand of Spain and the Emperor Maximilian, all send Henry into his first serious slump. What changes do you notice in Henry from this point on? How do they affect his rule, and how do they impact Mary’s plans? How does his wife, Queen Katherine, accidentally add insult to injury?

5. The friendship between Charles Brandon and Henry is a vehicle for the most intense dramatic tension in the novel. What method does Charles find most effective for stroking the king’s ego and keeping him happy? Charles recognizes “a certain primness in Henry’s character;” what does he mean by this?

6. Why does Pope Alexander agree to dissolve Louis XII’s marriage to Queen Jeanne? What is in it for him?

7. Despite Charles Brandon’s passionate love for Mary, he seems to be quite content to adapt into whichever romantic union happens to come along. He is betrothed and then un-betrothed to Anne Browne, married to Margaret Mortymer, married to Anne Browne, betrothed to Elizabeth Grey, and comes very close to becoming betrothed to Margaret of Savoy. He is enthused at the beginning of each relationship, seeing it as a new lease on life, but soon becomes apathetic. What do you make of Charles? Is he fickle or just searching for true love? What makes the relationship with Mary stick?

8. From his cushy position as political prisoner in Henry’s court, the Duc de Longueville writes to Louis in France, describing Mary in glowing terms and reporting on Henry’s deep love for her. What is the significance of this letter? What mischief is Longueville attempting to stir up? Does he succeed? Why does he find Henry’s court “so interesting and amusing to watch?”

9. Louise is tormented by the idea of Mary getting pregnant with the king’s child. Since she knows that Mary is desperately unhappy in the marriage, why doesn’t she encourage Mary to take a lover, thus creating a possibility that Mary will be discovered and ousted from the French court? What does Louise fear might happen?

10. What do you make of King Louis? He can see both the wild flirtation that goes on between Mary and François and the blatant love that Mary harbors for Charles Brandon. And yet, while it would be in keeping with the times to have her arrested for treason, he quietly suffers Mary’s indifference. He goes so far as to muse, “My poor little one . . . it is time I was dead.” Is he naïve, kind, self-loathing, or what? What events in his life have led him to this point?

11. When Mary leaves France, she tells Marguerite that “she would always remember their friendship with pleasure,” despite the fact that Marguerite has spent most of Mary’s reign as queen trying to get rid of her. Is this Mary’s version of diplomacy? Has she recognized and sympathized with “the trinity’s” ambitions? Where else do you see Mary smoothing feathers, politically and personally?

12. A theme of silencing runs throughout the novel. In various ways, Henry silences Mary, Louis silences Jeanne, Mary silences Anne Boleyn, etc. Where else do you see this theme at work?

13. François’s first love is the devout, mysterious Françoise. Who is she? Why does she reject him? This is the first refusal François has ever experienced in his gilded life; how does he take it? Who suggests that he simply abduct and seduce Françoise against her will?

14. Men may rule France, but there is fierce competition among the women behind the scenes as they struggle to put their chosen men on the throne. Louise and Anne of Brittany blatantly wish death upon each other’s children as they jockey for position. Is there any female solidarity to be had in this novel? Where do you see the men picking up on this female competition and using it to their advantage? Which female character do you find most sympathetic?

15. At the age of eighteen, Mary calls a meeting with Thomas Wolsey, Bishop of Lincoln; Sir Ralph Verney, the Princess’s Chamberlain; the Earl of Worcester; and the Bishops of Winchester and Durham. She asks them to plead her case to the king, and help dissolve her betrothal to the Prince of Castile. How does she get away with this meeting without facing Henry’s wrath? Do they help her? What international debacle releases her from this dreaded betrothal?

I Shall Be Near to You
Erin Lindsay McCabe

The Mapmaker’s Children
Sarah McCoy
Back to Top