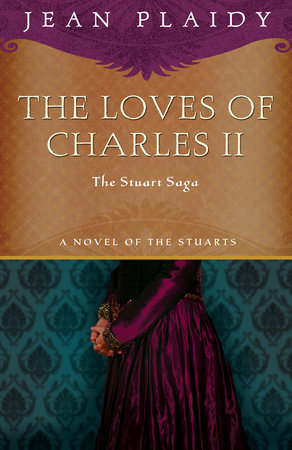 Charles II reigned during one of the most turbulent eras in England’s history. Returning from exile after Cromwell’s death-grip on the British Parliament, Charles was faced with the task of rebuilding the monarchy’s respectability and restoring morale to the populace against a backdrop of Bubonic plague, antipapist hysteria, humiliating wartime defeat, and the tragic Pudding Lane fire that decimated two-thirds of London. Miraculously, however, Charles is remembered less for manning the helm during a succession of national disasters than he is for unleashing the joie de vivre of a people exhausted from the rigors of Puritanism. Perhaps the original “good-time Charlie,” Charles gained the adoration of his subjects through his relaxed, convivial style and his unapologetic appetite for the many pleasures in life. Charles’s reputation as a gifted lover threw dozens, if not hundreds, of women into paroxysms of lust, and, wittingly or not, he led by example a large-scale revolt against the sanctity of marriage, ushering in a culture of licentious freedom previously considered “French” and scandalous.

This extraordinary trilogy of short novels celebrates six of Charles’s most beloved and influential partners, women with diverse backgrounds and agendas, each of whose tumultuous relationship with the king offers a singular glimpse into the psyche of England’s “Merry Monarch.” The Wandering Prince introduces Henriette d’Orléans, Charles’s adoring younger sister and Lucy Water, his wanton mistress. Caught between her passionate devotion to Louis XIV of France and her misery-drenched marriage to his sadistic, homosexual brother, Philippe, Henriette turns to Charles for succor and sanity–when she is not busy spying on him for Louis. Lucy, meanwhile, spirals slowly from pampered courtesan to ruinous degenerate, thanks to her unchecked libido. A Health Unto His Majesty pits Charles’s wife, Catherine of Braganza, a timid, barren Portuguese princess, against his lover, Barbara of Castlemaine–“an Amazon of incomparable beauty…of a deep sensual kind.” As Catherine navigates the uncertain terrain of her husband’s loyalty and grapples with her inability to provide him an heir, Barbara enjoys unprecedented power over the king through the sheer force and stamina of her temper tantrums. Here Lies Our Sovereign Lord presents the infectious and delightful Nell Gwyn, thespian and hoofer, whose charms on the royal stage buoy Charles’s lascivious spirit to new heights. Nell resentfully shares Charles with the alluring Louise de Kéroualle, a visitor from France, whose hard-to-get ploy drives Charles to obsession. With Nell as a bawdy playmate, and Louise as a pleasant tactical challenge, Charles survives the treason and assassination attempts that would derail a lesser king.

Jean Plaidy interlaces watertight historical research, elegant prose, and a lively sense of character in each of these mesmerizing stories. With her vivid handle on the pageantry, hypocrisy, and heartache inherent in courtly living, she creates an indelible portrait of Charles II and his fiery cadre of women. Entertaining and uniquely insightful, this trilogy of novels reveals why Charles inspired his closest advisors to conclude, “Oddly enough…though one believes him to be in the wrong, one desires above all things to serve him.”

1. Henriette is introduced as a garrulous, opinionated, two-year-old political refugee masquerading as the son of a peasant. That feisty personality does not reemerge until page 216, when Henriette exiles La Vallière in a vociferous fit of rage over the girl’s dalliance with Louis. In between these episodes, Henriette cuts a meek and tolerant figure, mild and forgiving even in the face of her husband’s flagrant indiscretions, her mother’s ruthless political ploys, and her lover’s repeated infidelities. Is Henriette a wimp, or does she display exquisite control over her emotions? Either way, is she likeable?

2. What classical figures does Plaidy draw on for her characterization of Louis’s and Henriette’s affair: “In those weeks it was enough for Louis–as it was for Henriette–to know themselves loved by the loved one. Their relationship seemed to them the more perfect because, as they saw it at this time, it could never reach its natural climax. It was romantic love which seemed to gain beauty from the fact that it could not reach that climax and therefore would go on forever at the same high level”?

3. The long-suffering Henrietta Maria plays both the tragic figure and the villain throughout this novel. Do her constant harangues intensify–or offer comic relief from–the relentless tension of the story? Do any of her wishes for her children come about?

4. Louis’s love for Henriette is increasingly tainted by his jealousy over her relationship with her brother. At what point does his obsession turn ominous? Does Henriette recognize the shift? How does Anne of Austria’s death affect Louis’s attitude toward leadership and love?

5. Why does Henriette acquiesce to a rigorous Catholic education, when she knows it is against the express wishes of her late father and most of her siblings?

6. This story is largely that of the timid, miserable, and misunderstood Catherine. However, Plaidy makes it abundantly clear that her sympathy lies with the bumbling, jovial Charles who continuously breaks Catherine’s heart. Does Catherine read as an innocent victim or a masochist? In modern parlance, does her behavior “enable” Charles? Does Charles’s insensitivity occlude his likeability as a character?

7. Charles embraces a social tolerance that is out of step with the politics of his time. While his ministers call for the blood of his father’s enemies, Charles “was the one who alone…desired that these men should remain unpunished…Revenge…was enjoyed by the failures of this world.” While Presbyterians and Anglicans wrangle loudly over who should enjoy the king’s favor, Charles wonders “Why could they not…be easy in their minds? Why should not men who wished to worship in a certain way worship that way? What should another man’s opinions matter to the next man…?” When and how does this enlightened but unpopular attitude get Charles into trouble? Do his laissez-faire ideals ever catch on among his subjects?

8. Lord Chesterfield provides a great deal of mirth to his peers by his thwarted attempts to court his own embittered wife. What does Chesterfield’s saga reveal about the sexual politics of Restoration England?

9. Catherine spends the entire novel ruing–and paying for–her initial inflexibility on the issue of Charles’s infidelity. She is deemed “willful,” “stubborn,” “obstinate,” “narrow-minded,” full of “vanity and self-love,” “foolish,” “rigid,” “simple and ignorant,” and “jealous,” not only by Charles, but by nearly everyone, when she refuses to gracefully and publicly allow him his mistress. Even when Catherine later tries to reverse her position, the damage is done, and no one takes her seriously. Does the author insert a bias on this topic into the text? The novel was written in 1956; do you think this issue would be handled any differently if the novel had been written thirty or forty years later?

10. Plaidy paints Nell as an especially appealing character through her sense of humor. Nell christens Louise “Squintabella,” for example, and delights in crowing publicly to her rival: “His Majesty is well, I rejoice to say, I never knew him in better form than he was last night.” Where do we see a similar gift for comedy in the king? Does it come as a surprise in this novel, or is the king’s levity apparent in the first two books of the trilogy?

11. Chief among Nell’s vibrant qualities is her fresh, of-the-moment attitude. Plaidy writes, “Nell knew how to live gloriously in the joyous moment, and to remember from the past only that which made pleasant remembering.” Why, then, does Nell pass such harsh judgment on herself after her six “mad, feckless weeks” spent with Charles Sackville at Epsom, “which Nell was often to remember with shame”? How does she regain her self-respect after this rare bout of regret?

12. As “libertine-in-chief in a town of libertines,” Charles revolutionizes not only sexual politics in London but unleashes a new, sexualized jargon as well. Ordinary citizens “now openly discussed subjects which, ten years ago, they would have blushed to speak of and would have pretended did not even exist.” Much is made of Charles’s male imitators: “Throughout the country the King’s example was followed, and men took mistresses as naturally as previously they had taken walks in the sunshine.” Does Plaidy suggest that this new era of liberation was beneficial to women as well? If not, how does she show otherwise?

13. Nell’s reaction to motherhood is euphoric: holding her new infant, she “believed she was discovering a new adventure in the game of happiness. She had never felt so tired nor so contented with her lot.” Motherhood looms large throughout the trilogy, whether Plaidy focuses on the agony of Catherine’s childlessness, or the emotional tyranny Henrietta Maria wields over her children. What aspects of motherhood does Plaidy explore through Anne of Austria, Barbara of Castlemaine, Lucy Water, and Eleanor Gwyn, as well as the many young women separated from their mothers in the stories?

14. Upon reaching the English court from Paris, Louise immediately plots the downfall of the Duke of Buckingham: “The first task was the capture of the King; then she could proceed to annihilate the Duke.” What grudge does she hold against Buckingham? Is he aware of her hatred? Does she achieve her two goals?

Jean Plaidy is the pen name of the late English author E. A. Hibbert, who also wrote under the names Philippa Carr and Victoria Holt. Born in London in 1906, Hibbert began writing in 1947 and eventually published more than two hundred novels under her three pseudonyms. The Jean Plaidy books—ninety in all—are works of historical fiction about the famous and infamous women of English and European history, from medieval times to the Victorian era. At the time of Hibbert’s death in 1993, the Jean Plaidy novels had sold more than fourteen million copies worldwide.
Learn More About The Loves of Charles II
print
Back to Top