The Thistle and the Rose Reader’s Guide 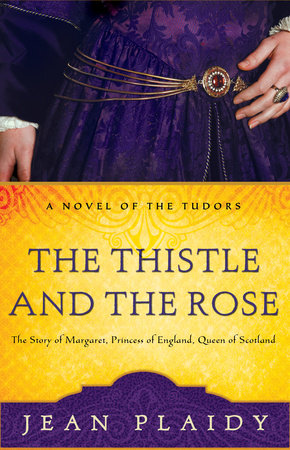 The Thistle and the Rose Reader’s Guide

print
The Thistle and the Rose Reader’s Guide

1. Henry VII sees his children, Margaret, Henry, and Mary, as bargaining chips in a political game. How does being used in this way affect each of them over the course of the novel? Do you agree with Mary’s assessment that the siblings are “three of a kind”?

2. James IV is obsessed with the what-ifs in his past. About his tendency toward infidelity, he muses, “If I could have married Margaret Drummond I would have been a satisfied husband who never strayed.” In reference to his guilt over his father’s death, he thinks, “If I could have known my father, talked with him, understood him, I would never have had this terrible blot on my conscience.” How does his sense of guilt and lost opportunities affect his marriage and his ability to rule? What are Margaret’s what-ifs?

3. When Margaret requests the jewels left to her in her brother Arthur’s will, Henry refuses to send them on the grounds that James is too friendly with the French. What is Henry’s alleged fear about the jewels? Why does Margaret show Henry’s refusal letter to James, when she knows it will only cause a rift between the two men? Why might she be interested in antagonizing her brother?

4. Margaret pursues Angus fewer than twelve months after King James is killed at Flodden. Not only does she fail to notice that Angus is a reluctant partner in the seduction, but she fails to consult with her own Parliament about the suitability of the match: “She did not stop to think of the consequences of this marriage. All that mattered was that this handsome boy who had long occupied her thoughts was now her husband. Her one desire was to abandon herself to the passion which obsessed her.” Why does she act so recklessly? What self-serving reason does Henry have for supporting her in this plot?

5. Angus reveals his cowardice and duplicity early on by forming an alliance with Albany and the Parliament behind the queen’s back. Where else do you see evidence of Angus being two-faced? How does Margaret protect herself from this?

6. What causes Margaret to suddenly view Albany—who has always been a threat, a nuisance, and an enemy—as a potential lover? Does he recognize the shift?

7. Henry sabotages Margaret’s first attempt at divorce by sending Henry Chadworth to Scotland to terrify the queen with tales of hellfire and eternal damnation. Why is this method successful even though Margaret has never been a religious woman? Why is Henry so irate at the idea of a divorce in the family?

8. Margaret, Mary Tudor, and Katherine of Aragon combine forces to convince Henry to spare a group of prisoners arrested during the revolt of Evil May Day. What is their technique and why does it work? What is each woman’s motive in the scheme?

9. When little Alexander dies, Margaret accuses Albany of murder. What ulterior motive does Angus have for urging Margaret to return to Scotland and make peace with Albany immediately? Does she ever discover it?

10. J Margaret’s unorthodox relationship with Albany so infuriates Henry that he orders a mass exodus of Scotsmen from England, fueling a violent resurgence of border warfare between the two countries: “To Margaret this seemed only a minor irritation.” Why is this turn of events ironic? Does either Henry or Margaret recognize it as such?

11. When Angus is banished for his betrayal of the queen, he simply refuses to leave the country. What solution does Albany come up with to send Angus packing? How long does this solution last?

12. Time and again, Tudor egotism prevents Margaret from seeing her devotion to a man outweigh his devotion to her. Thus, her partners’ extracurricular dalliances come as a fresh shock every time. Does her myopia in this area provoke sympathy in the reader? Why or why not? Which character from more recent literature or television does Margaret bring to mind?

13. The only male in Margaret’s life with whom she enjoys a dependable, loving relationship is her son, James V. What event finally breaks the bond between mother and son?

14. Margaret has a macabre talent for reaping the benefits of disaster. When her one-year-old son dies, she feels a “faint exultation” that the tragedy keeps James at her side. And when James is unstrung with emotion and guilt over memories of his father, “it gave her a certain pleasure to see him thus.” Are there other examples of this dark side of her personality? What do you make of Margaret in these instances?

15. J Margaret tells herself that “when hatred turned to indifference, then could a woman call herself no longer the prisoner of her emotions.” Does she ever get there?