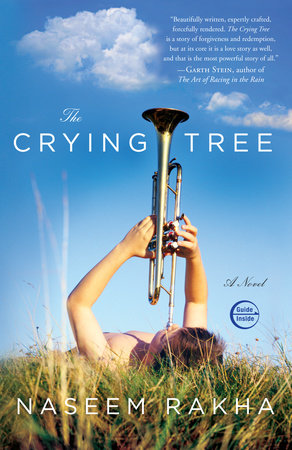 Dear Readers,
In 1996, I was assigned to cover Oregon’s first execution in over thirty years. At the time I had never given much thought to the death penalty and what it would take for the state to plan out, prepare, and then kill a man. After the assignment, I wanted to learn more, so I began to interview death-row inmates, the people they had harmed, and the men and women we entrust to carry out our nation’s most severe sentence. During that time I heard many stories, some of them abhorrent and some heartbreaking, but by far the most compelling were those told by the people who had come to terms with the murder of a loved one and no longer felt it necessary to seek retribution. This arc, from the most desperate kind of anguish to reconciliation and even love stunned me, and compelled me to write The Crying Tree.

I offer these questions because they are the very ones I asked myself as I wrote this book.

Why did Irene believe that she could not tell anyone about having forgiven Robbin? What did she think would happen? What was she afraid of? Have you ever forgiven someone but been afraid to admit it?

Do you think that, like Irene, you could forgive someone who harmed your family?

Irene tells her sister that forgiving Robbin was not a choice. What do you think she meant?

Do you think it is necessary to have a belief in a God or a higher power to have made the choices Irene made? Do you think the ability to forgive can be learned?

In the first chapter, Tab Mason describes his reaction to seeing his first execution. Have you ever given much thought to how executions affect those who must carry them out?

Secrets—Nate’s, Shep’s, Irene’s—are the driving force behind the tragedy in this story. Do you think it is common for families to operate in such isolation from one another?

Nate says he moved his family west to help Shep. How did he think this would help?

Tab Mason has an unusual skin disorder. Why do you think I chose to mark him in such a way? What difference would it make, if any, if he were simply a black man? Or a white man?

Tab Mason is a man who offers “no surprises.” He is painstakingly in control of his words, his thoughts, and his emotions. And this has paid off, giving him the job, power, and resources to live a very comfortable life. Why then do you think he was willing to risk it all to help Irene Stanley?

Bliss recounts a time she found her father having an emotional breakdown while in the barn. The event was heart-wrenching for her. Bliss loved and cared for her father more than anyone, yet she does nothing to try to help. Does it make sense to you that Bliss did not try to step in and help her father?

Irene and Bliss had a difficult relationship. How was this transformed by Irene’s act of forgiveness?

Bliss feels compelled to forgo her dream of college so that she can stay in Carlton and help her parents. Have you had times in your life when you have given up your dreams to help others?

Why do you think Daniel Robbin refuses the offer to introduce new evidence that might overturn his murder conviction?

In the end, Nate is in a bus going to Shep’s grave. Why do you think he is doing this? Do you think Nate’s  character changed over the course of the book? If so, how? If not, why not?

Irene’s relationship with her church and faith were challenged in this story. In the end do you think her belief in God was stronger or weaker?

17. Why, of all the people Irene had in her life, did she open up to Doris, the woman who owned the Hitching Post in Wyoming?

After Nate’s confession, Irene leaves her husband. As she drives across the country, how do her feelings about her son’s death, Nate , and herself change?

Irene had strong feelings about staying around her family (“You don’t leave family,” in chapter 2). Yet emotionally, Irene did leave her family. She was not there for her daughter through high school, she never turned to her sister for help, and she and Nate’s relationship was estranged. In the end, what did this belief in family mean? What conclusions about Nate and Irene’s future can you draw from this sentiment?

In the end, what do you think Irene, Bliss, and Tab Mason’s actions meant to Daniel Robbin?

Golden Age
Back to Top