No One You Know Reader’s Guide 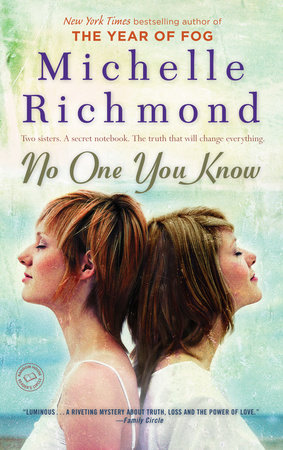 No One You Know Reader’s Guide

print
No One You Know Reader’s Guide

1. How did Ellie’s storytelling voice enhance your reading? How might the novel have unfolded if it had been told from Peter McConnell’s point of view, or even Lila’s?

2. The title No One You Know captures the quest to find Lila’s killer, but it also describes the secrets Lila kept from Ellie. Discuss the relationship between the sisters. In what ways did they know each other well? In what ways were they different? In your family, do siblings tend to be close or distant?

3. How did your opinion of Andrew Thorpe and Peter McConnell shift throughout the novel? When did you trust each of them the most and the least?

4. Why was Lila drawn to mathematics? What did it mean to her? What life philosophies did it provide? How did she fit into a community of mostly male math scholars?

5. What lay at the heart of Henry’s breakup with Ellie? How were Ellie’s other relationships affected by her sister, even when they were teenagers?

6. Were Thorpe’s books inappropriate? What is the nature of true crime books? Do they sensationalize and fabricate, or can they reveal important truths?

7. Chapter Ten describes the distinctions between conjecture and proof. How did these concepts, along with the quotation from Pascal at the beginning of the novel, echo throughout Lila’s story? What did the Goldbach Conjecture represent to Lila and Peter? How might the word “proof” carry a different meaning to a mathematician than to a “regular” person? 8. At the end of Chapter Twenty-nine, Ellie says that she had always thought of her sister as blameless. Was Lila blameless in her affair with Peter?

9. Discuss Billy Boudreaux and his music. Ultimately, who was he, and how did he perceive himself? What were his greatest strengths and vulnerabilities?

10. In what ways did the coffee trade give Ellie a soothing way to escape the tragedies of her life? Why was she so well suited for the cupping process?

11. How do the landscapes of Central America and San Francisco affect the tone and mood of the novel? What aspects of Ellie’s personality are captured in both locales?

12. Which character did you most suspect of being Lila’s killer? When the truth about her death was revealed, how did you react? How was Ellie’s family affected by so many years of not knowing? Would her parents have stayed together if they had not been forced to live in the shadow of the unknown?

13. What did you think of Thorpe’s advice about how to tell a good story? In what ways does Michelle Richmond defy Thorpe’s approach? What is meant by the novel’s closing lines, asserting that stories belong to listeners and authors in equal measure?

14. Both this novel and Richmond’s The Year of Fog portray families coping with tragedy. How is San Francisco used as a character in each novel? How does Richmond use mystery and the unknown to portray a character’s strength and grace?

Learn More About No One You Know
print

The House of Memories
Monica McInerney

The House at Midnight
Lucie Whitehouse

How High the Moon
Sandra Kring

No Place to Hide
Susan Lewis

The Girl Who Came Back
Susan Lewis

Pack Up the Moon
Rachael Herron

The Privileges
Jonathan Dee
Back to Top