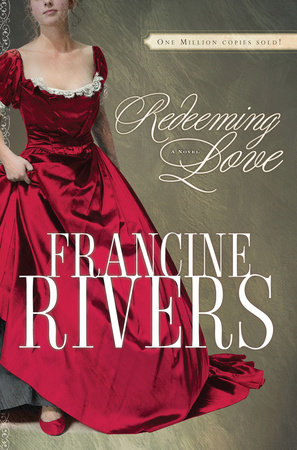 1. How was Sarah/Angel rejected and betrayed? What were her earliest experiences with God and/or the church?

2. What experience did Michael have with rejection or betrayal? Contrast Michael’s and Angel’s examples in coping with life’s circumstances.

3. Who else in the story suffered from rejection or betrayal, and how did they cope?

4. Which character do you identify with the most and why?

5. Describe a time when you were rejected or betrayed. To whom did you turn and why?

6. Which scene do you feel best shows how Angel was resigned to relying on no one but herself? What events caused her to do so? Why do you think she never cried out to God?

7. Contrast Michael with Angel in regard to authority.

8. Describe Miriam’s relationship with God. Why were her attitudes and beliefs so different from Angel’s?

10. Who helped Michael escape his past? In what ways was he rescued?

12. Contrast Hosea, the slave who helped Michael, with the slave dealer Duke.

13. Discuss Michael’s rescue of Angel from the hand of Magowan.

14. Why do you think Angel returned to her former ways?

15. From what or whom are you trying to escape and why?

16. What causes you to return to old habits?

17. Angel was bought and sold on numerous occasions. What was different about Michael’s redeeming her? Discuss the role of trust (or lack of trust) in Angel.

18. When Michael and Angel helped the Altman family, what did Angel learn about Michael? Herself? God?

19. Describe the changes in actions and thinking that took place after Angel was rescued a second time by Michael. What do you think caused the changes?

20. What trust issues do you have? Who has God placed in your life as positive examples?

21. What caused Angel to leave yet again?

22. How is this different from before?

23. Why was it necessary for Paul to be the one to find Angel?

24. What did he learn about himself? How did this help him?

25. What did Angel learn through this experience?

26. What was Michael learning through this difficult time?

27. Is there someone who needs to be reconciled with you? Or, do you need to be the one who does the reconciling, like Paul did? Explain.

28. What steps had Angel taken to restore her spirit?

29. What were the lasting effects of Angel’s soul search?

30. What steps did Angel take to restore her marriage? How did Michael respond?

31. In what ways did God reward Sarah and Michael?

32. What have you learned about the love of a man for a woman?

33. What have you learned about the love of God for all mankind–including you?

Unveiling the Past
Kim Vogel Sawyer

Jingle All the Way
Debbie Macomber

No Ocean Too Wide
Carrie Turansky

A Sound Among the Trees
Susan Meissner

The Girl in the Glass
Susan Meissner
Back to Top