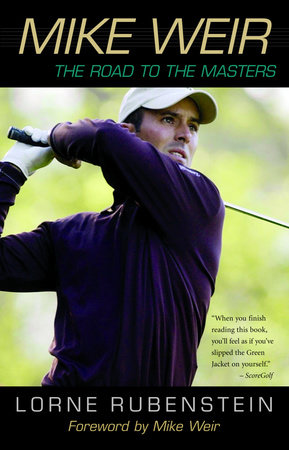 The Road to the Masters

Lorne Rubenstein has been following Mike Weir’s career since the slim kid from Brights Grove, Ontario, near Sarnia, started winning amateur tournaments. Weir was a star on the Brigham Young University golf team before turning professional in 1992. It was clear to Lorne Rubenstein that the gentlemanly left-hander had what it takes to make it to golf’s pinnacle.

But there’s a world of difference between being a pro golfer who is good enough to make a living on the tour and the elite group that wins one of the majors: the Masters, the U.S. Open, the British Open, and the PGA Championship. Mike had done well on the PGA Tour in the past, winning three tournaments in his first few years there. Then came 2002, a season that began with great hopes that he would make it to the top flight. But the season proved a disappointment, and some golf observers whispered that Weir did not have what it takes to withstand the pressure and win a major.

Lorne Rubenstein never wavered in his belief. Having followed Mike for so many years, he still felt that Weir could win a major. After Mike began the 2003 season with two wins, Lorne decided to write a book about his quest to win a major. Mike agreed to cooperate, and so Lorne followed his every shot at the Augusta National Golf Club during the 2002 Masters.

After Tiger Woods has slipped the green jacket over Mike Weir’s shoulders, in the midst of one of the many press conferences, Mike smiled at Lorne and said, “I guess this will help the book, right, Lorne?” We guess so, too.

We’re guessing that this chronicle of Mike Weir’s journey, with a heavy emphasis on the Masters win that set millions of Canadians cheering, will be a major sports gift book this Christmas. 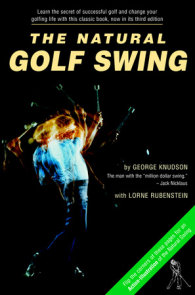 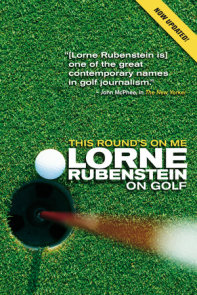 See all books by Lorne Rubenstein

Lorne Rubenstein is an award-winning golf writer, columnist for the Globe and Mail, and author of eight books, most recently, Mike Weir: The Road to the Masters. Rubenstein lives with his wife in Toronto and Jupiter, Florida.