Edge Chronicles: The Curse of the Gloamglozer Teacher’s Guide 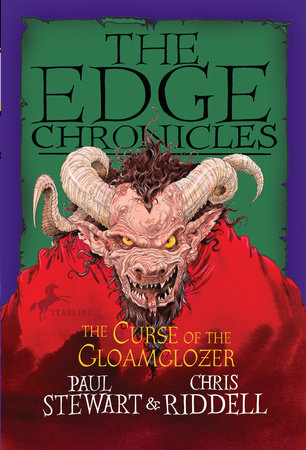 Edge Chronicles: The Curse of the Gloamglozer Teacher’s Guide

pdf
Edge Chronicles: The Curse of the Gloamglozer Teacher’s Guide

In this prequel to the first three volumes, readers meet young Quint long before his sky pirating days, as he becomes the apprentice to Linius Pallitax, the Most High Academe of Sanctaphrax. Shortly after his arrival, Quint is enlisted to assist with an assignment that lies deep at the center of Sanctaphrax. Quint, along with Linius’s daughter Maris, discovers a secret laboratory that conceals an experiment that threatens to destroy the Most High Academe and the stability of Sanctaphrax. It’s up to Quint to face the evil force that seeks to kill Linius and anyone that stands in its way.

• Do you think that Wind Jackal was convinced to let Quint stay on as the Most High Academe under false pretenses? What didn’t Linius tell Wind Jackal more about the “simple duties” Quint would be performing as his apprentice? Do you think Linius thinks he is being honest with Wind Jackal? Why or why not?
• Linius Pallitax attempts to create life within the Ancient Laboratory at the heart of the Sanctaphrax rock. Bungus describes the ancient scholars, who also attempted to create life by saying, “They were arrogant . . . they were vain. Understanding the world that already existed was not enough for them.” (p. 232) Do you think Linius’s experiments were right or wrong? Why is it so important for scientists to be
ethical and consider the consequences, both positive and negative, of their experimentations?

Conduct a classroom debate about the ethics of genetic engineering. Before the debate begins, give students time to research issues such as cloning, stem cell harvesting, and other topics relevant to this subject.


Learn More About Edge Chronicles: The Curse of the Gloamglozer
pdf

Edge Chronicles: The Last of the Sky Pirates

Olive and the Backstage Ghost
Back to Top