The Gospel According to Larry Reader’s Guide 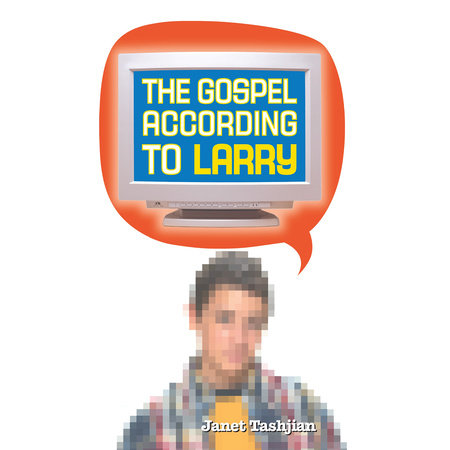 The Gospel According to Larry Reader’s Guide

print
The Gospel According to Larry Reader’s Guide

Questions for Discussion
1. In his quest to be antimaterialistic, Josh has just seventy-five possessions, including shirts, shoes, keys, books, CDs, and underwear. If you had to limit the things you own to seventy-five items, what would they be?
2. Josh states, “I’ve only wanted one thing in my life–to contribute, to help make the world a better place . . . not with technology, but with ideas.” Is Josh true to his vision?
3. Is the way Josh/Larry manipulates his followers any different from the way the media, big business, or politicians manipulate the public?
4. Josh steals confidential documents from Peter’s briefcase in order to attack the companies his stepfather represents. Is he right to do this? Does the end justify the means?
5. Paint a picture of Josh’s character. Why is it that he has only one friend? Discuss his relationship with Beth. Do you think he would have created the Larry Web site if he had told Beth how he felt about her?
6. Discuss the ethics of spouting views on the Internet, or in any medium, under a false identity. Betagold claims that Larry is a coward for keeping his identity a secret. Do you agree? Or is Larry right to think that revealing who he is would detract from his message?
7. Discuss Josh’s motivation for creating the Larry Web site. Is he being honest or is he just playing a game? He is disturbed by the magnitude of the response to his Web site and by the hero he becomes, but he does not close down the web site. Why?
8. Josh is disillusioned by the reaction of the public once his identity is known. No one seems to be interested in his message–people are interested only in him as a celebrity. The producer of 20/20 tells him, “They want to know about you. You’re the story, just you. People want gossip; people want sizzle.” What does this tell you about how the media views the public? What happens when the sizzle fizzles?
9. Josh says that we feast on celebrities, caring for people who have no idea who we are. How do you feel about this? Should we care about the private lives of our favorite rock stars? If you were a celebrity, how would you handle fame?
10. “No offense, Josh, but this idealism thing is a phase, like so many other things you’ve been through. . . . You don’t have enough life experience. You don’t know how the real world works yet.” How much of what Peter says to Josh is true, or is it as Josh responds, “Adults always say that to keep kids quiet?”
11. Some of Josh’s actions might be considered unethical. Do you think anything Josh does is immoral? Is the writing of his story the solution for Josh, or is it just another way to avoid taking responsibility? How will Josh find peace? Is he on the right path?
12. Josh’s/Larry’s sermons rail against exploitation of third-world countries, celebrity worship, and the way big business manipulates our lives, to name a few issues. What are the things about society that you and your friends hope to change?

This guide was prepared by Clifford Wohl, educational consultant.
Learn More About The Gospel According to Larry
print

The Truth About My Success
Dyan Sheldon

The Ghosts of Kerfol
Deborah Noyes

How to Survive Your Murder
Danielle Valentine

One or Two Things I Learned About Love
Dyan Sheldon

Someday This Pain Will Be Useful to You
Peter Cameron

The Words We Keep
Erin Stewart

The Off Season
Catherine Gilbert Murdock

The Opposite of Invisible
Liz Gallagher

The Love Curse of the Rumbaughs
Jack Gantos

King of the Pygmies
Jonathon Scott Fuqua
Back to Top