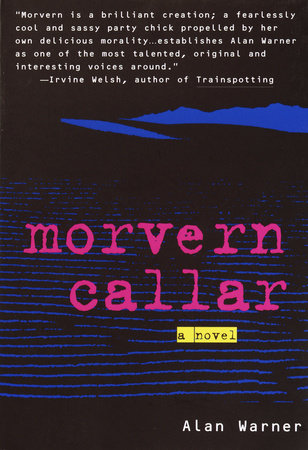 1. Morvern Callar is the female narrator of the novel. How successful is the author in convincing the reader that this is an authentic female voice? Is it ever possible for a male writer to truly convince the reader of a female voice?

2. The boyfriend kills himself, and Morvern finds him dead on the kitchen floor. Eventually she disposes of the body and inherits his wealth, as he has organised for her. How does Warner make us believe such an unlikely series of events, and does it matter that the novel is propelled by such a fantastical set of actions?

3. Morvern steals the credit for her dead boyfriend’s book without any apparent conscience but when her friend, Lanna, betrays her by sleeping with her boyfriend, she takes a moral stance against her. What is the overall moral tone of the book: moral, immoral or amoral?

4. Morvern is always described as quiet and an outsider, she gives nothing away and seeks to be on her own, whether it is in Scotland or the Mediterranean. How does this set her apart from the other characters, and we ever really find out anything about her?

5. Morvern Callar contains various descriptions of non working-class characters: the boyfriend, the Central belt boys, the London publishers and the University ornithologist. How do their characters express the class conflict of the book? Who manipulates who when Morvern is drawn in to contact with them?

6. At the end of the novel, Morvern is pregnant with the ‘child of the raves’. How have circumstances changes for Morvern, has she now found her freedom? Is it a happy ending?

The Game
Back to Top