Mary, Queen of Scots, and the Murder of Lord Darnley Reader’s Guide 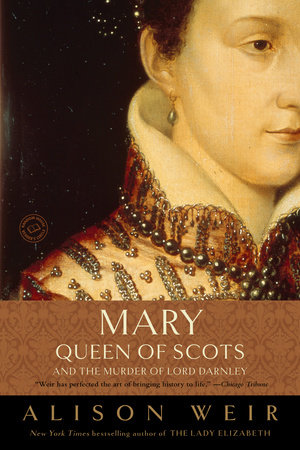 Mary, Queen of Scots, and the Murder of Lord Darnley Reader’s Guide

print
Mary, Queen of Scots, and the Murder of Lord Darnley Reader’s Guide

1. The author describes four views of Queen Mary: the adulteress and murderess, the Catholic martyr, the romantic heroine, and the inept woman with poor judgement. How true is each view? And how much have these images obscured our view of the real Mary? What was the real Mary like?

2. In the author’s view, Mary made two fatal errors that blighted her life. What were these? Would you say that Mary was the victim of circumstance and unscrupulous men, or of her own poor judgement?

3. Who was the most guilty: Elizabeth I for keeping Mary prisoner for nineteen years and then having her executed? Or Mary, for seeking aid from Elizabeth, whose crown she coveted, and for ceaselessly plotting her ruin?

4. Some people think it incredible that Mary could not have known of the plot against Darnley, given that so many people were involved. Yet she had certainly not known of a similarly orchestrated plot against Rizzio. Do you think that, after the conference at Craigmillar, she should have realized that Darnley’s life might be in danger?

5. How do you account for Mary’s inertia after Darnley’s murder? Does the author make a convincing case for it being due to a physical and mental breakdown?

6. Did Mary collude in her own rape by Bothwell? What evidence is there that she was forced into marriage with him?

7. Suppose Elizabeth had sent Mary back into Scotland with an English army in 1568 and it proved victorious in winning her back the throne, what do you think the consequences might have been?

8. This question was asked by a reader at an event: Did Darnley have any good points? The author, at a loss for an answer, mentioned his youth and his good looks! Is there anything you think she could have added?

10. Having read the book, do you agree with the author’s conclusions?

Learn More About Mary, Queen of Scots, and the Murder of Lord Darnley
print

I Alone Can Fix It
Philip Rucker and Carol Leonnig