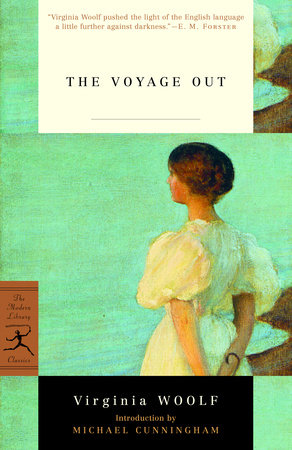 print
The Voyage Out Reader’s Guide

1. Do you consider Rachel Vinrace a sympathetic character? Why or why not? Discuss Michael Cunningham’s reading of her as "an engine of perception."

2. Critics have compared The Voyage Out to Jane Austen’s novels, since both involve marriage plots. In what ways are they similar? Different?

3. Both Susan Warrington and Rachel receive marriage proposals in Santa Marina. Compare the attitudes each has toward marriage. How is each woman’s social predicament different?

4. In his Introduction, Michael Cunningham writes that it was Woolf’s conviction that "what’s important in a life, what remains at its end, is less likely to be its supposed climaxes than its unexpected moments of awareness, often arising out of unremarkable experience, so deeply personal they can rarely be explained." Consider this notion in light of Rachel’s character. What moments of awareness does Rachel experience? Compare her moments of awareness with those of another character, for instance, Helen Ambrose. What similarities or differences can you draw from the comparison?

5. Discuss the significance of the novel’s title. To which "voyage" do you think it refers?

6. In Chapter XVIII, Terence considers the sacrifices women must make in marriage. He then resolves that Rachel, if she will marry him, will be "free, like the wind or the sea." In what ways does his later behavior indicate this may not be the case?

7. Why, ultimately, do you think Rachel dies? What effect does her death have on the novel’s structure?

8. In her essay "Modern Fiction," which she published a decade after the publication of The Voyage Out, Woolf writes, "Life is not a series of gig lamps symmetrically arranged; but a luminous halo, a semi-transparent envelope surrounding us from the beginning of consciousness to the end." To what extent do you think The Voyage Out adheres to this vision?

Learn More About The Voyage Out
print

The Well of Loneliness
Radclyffe Hall