The Day of the Triffids Reader’s Guide 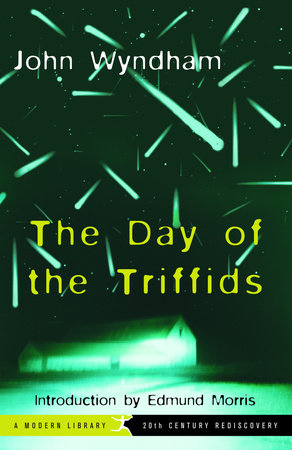 The Day of the Triffids Reader’s Guide

print
The Day of the Triffids Reader’s Guide

1. Some critics of The Day of the Triffids believe the novel is devoid of ideas and was written merely to please a destruction-hungry audience. However, there are many instances in the novel where morale, literature, and law and order are discussed and debated. Do you think this is a technique to simply further the action of the story or was Wyndham inserting political views?

2. Bill and Josella encounter a handful of new societies in their apocalyptic world. What are the social theories behind each? Why did they fail or succeed? If they did fail, could anything have been done to help the societies succeed? If any of these societies were formed in the present day, would they survive?

3. Which society would you yourself join and why?

4. Bill witnesses many suicides without interfering, and even helps three people kill themselves, actions that in the 1950s were against the law. How can he, from his own accounts a decent, law-abiding citizen, move so easily into depravity? Why, after we witness this depravity, do we still sympathize with him? Is Wyndham commenting on his country’s laws and culture?

5. The Day of the Triffids’s main characters are all decidedly bourgeois, as are the casts of many other sci-fi novels. How does this affect the themes and action of the story?

6. Do you appreciate the love story between Bill and Josella? Did Wyndham intend it to play a role in the action or was he simply inserting some human interest into the plot?

7. The literary theory Marxism states a piece of literature cannot be critiqued without studying the politics, economics, and culture of the time period it was written in. Hence, no text is universal or forever timely. Do you agree with this theory? Is The Day of the Triffids universal or timely? If yes, is this inherent in the actual text or our present-day culture?

8. Some critics feel Wyndham’s ultimate message is one of doom; humans are forced to live on a small island with no relief or chance for re-populating the earth. Other critics feel Wyndham meant his book to be hopeful; society’s ills, including those which produced the triffids and mass-destruction weapons, are wiped out and society can start afresh. What view do you hold?

9. Many critics have compared Wyndham to H.G. Wells, who was actually one of Wyndham’s favorite writers. Do you consider the two writers on the same level, both in their imagination and their writing talents?

Learn More About The Day of the Triffids
print

Stranger in a Strange Land
Robert A. Heinlein