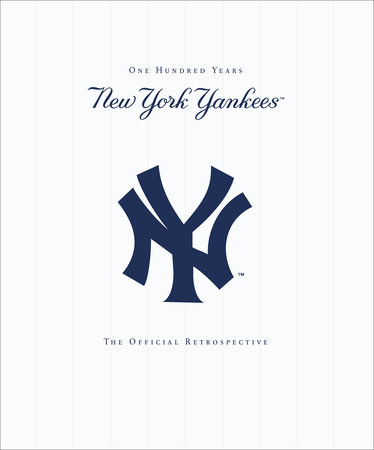 The New York Yankees. One hundred seasons of baseball. One hundred years of tradition. This official book celebrates the most successful team in sports history. Lavishly illustrated and designed with more than 175 photographs from the Yankees’ own archives, some never seen before, this dazzling volume brings to life a century of baseball with the Bronx Bombers.

This winning retrospective captures the glorious championships, intense rivalries, and unparalleled players who have thrilled millions of fans year after year. From the unbeatable, record-breaking 1927 Yankees managed by Hall-of Famer Miller Huggins to the ongoing legacy of Joe Torre and his phenomenal four World Series victories; from such unforgettable players as the Babe, Lou Gehrig, and Yogi Berra, to today’s powerhouse hitters Derek Jeter, Bernie Williams, and Jason Giambi; from the early magnificent days in the House That Ruth Built to the Steinbrenner era that heralded unprecedented excellence for three decades and counting—here is an inimitable portrait of America’s team.

Taking you where no other book has gone before—onto the field and into the bull pens and locker rooms—it features notable essays by leading writers like Roger Kahn and Robert Creamer, along with dozens of candid, first-person accounts and reminiscences from the players themselves.

A must-have keepsake for every fan, this fitting tribute to the Yankees 100th season, a is brimming with some of the most astonishing athletes and accomplishments ever, including Joe DiMaggio’s fifty-six game hit streak, Roger Marris’ sixty-one homers, and Mickey Mantle’s Triple Crown season. Like the Yankees themselves, this book is sure to be a classic.

Rare Air Ltd. is a Chicago-based publishing and marketing communications company specializing in sports and entertainment properties and programs. The company combines state-of-the art technology and processes with award-winning in-house design, production and editorial departments to service clients such as… More about Yankees

“THIS RICHLY ILLUSTRATED CELEBRATION OF A CENTURY OF SUCCESS IS A HOME RUN.”
–Newsweek

“GLORIOUS PHOTOGRAPHS AND LYRICAL ESSAYS . . . A history of the New York Yankees is basically a history of Major League Baseball. Open any page of this retrospective, and the reader is bound to happen upon a significant event.”
–The Salt Lake City Tribune