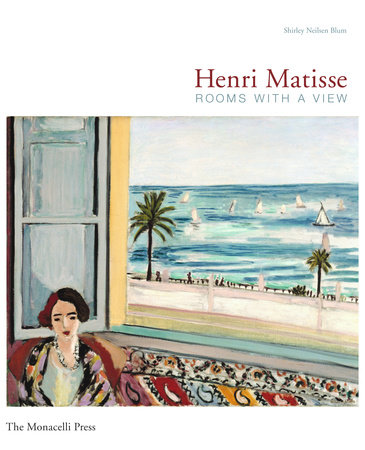 Rooms with a View

The colorful, painterly, uplifting, and often joyous works of Henri Matisse are critical in the history of modern art. Throughout his many years as a painter, the celebrated artist kept returning to one particular subject—the windowed interior. Henri Matisse: Rooms with a View explores in depth, for the first time, the full significance of the window in Matisse’s thinking about interior and exterior space.

Matisse studied and rearranged his rooms constantly; when he lived in hotels and small apartments his living quarters usually doubled as his studio. In a continuous engagement with these spaces he produced not only singular masterpieces but also developed a theme as rich as the traditional landscape or portrait. In each new phase of his art and with every change of residence, Matisse reinvented the theme of the window.

Distinguished art historian Shirley Neilsen Blum analyzes more than fifty paintings, starting with the early Studio Under the Eves (1903), a traditional darkened room with a small brilliant window, through Harmony in Red (1908), with its startling use of color, pattern, and line, to the more abstract work created during World War I such as The Piano Lesson (1916). After the war Matisse moved to Nice. Tall French windows that open upon a balcony and overlook the Mediterranean define many of the paintings from these years. By the late 1940s the window is so bound to the structure of the flattened space that it is barely differentiated from a painting or piece of tapestry hanging on the wall. The luxuriously illustrated volume culminates in one of Matisse’s greatest and most original works—the Chapel of the Rosary (1947–51) at Vence—where, instead of imitating light and color in paint, he manipulated actual light through the colored glass of the windows.

This insightful volume reveals not only the key role of the windowed interior in Matisse’s oeuvre but also presents an overview of the artist’s remarkable and varied career, and shows how his work paved the way for some of the most radical abstract painting of the twentieth century.