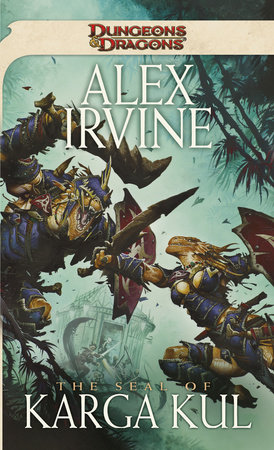 The Seal of Karga Kul

About The Seal of Karga Kul

A tale of heroism and exploit in the tradition of Robert E. Howard…

Enter Remy, a quick-witted courier whose dangerous freight leads him into the vanguard of an ancient war between forces of light and the rising tide of shadows that threatens to overwhelm the burgeoning civilizations of the Two Rivers Gulf.

The story opens with Remy alone and near death after an encounter with several stormclaw scorpions. His horse dead and poison sapping his strength, Remy collapses with his package at his side, undelivered. When he awakes, he is in the company of a band of adventurers who found him by the side of the road and nursed him back to health.  Among them is a grim dragonborn paladin named Biri-Daar, whose wariness of the magical seals on Remy’s freight is outweighed by an overwhelming sense of duty to those in need.

As they journey on, the nature of Remy’s package becomes a greater and greater curiosity.  Soon the party, which has come to comprise some six-strong adventurers, finds itself to be the lynchpin that holds an army of netherworld forces at bay.

The Seal of Karga Kul