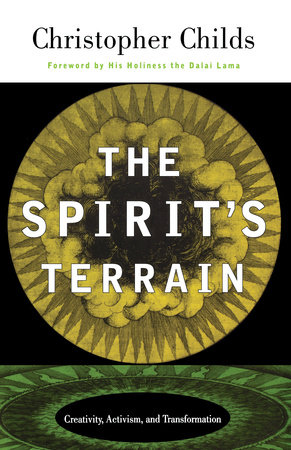 About The Spirit’s Terrain

A former Greenpeace spokesperson and activist offers a way to draw on creative spirit and change the world. Blending the worlds of Deepak Chopra and Ralph Nader, The Spirit’s Terrain explains how to access deep components of creativity, such as intuition, conscious and unconscious visualization, creative discomfort, and true compassion, to reach our highest goals .

The philosophy of the iconoclastic Henry David Thoreau casts a long shadow over this spiritual manifesto for modern-day social-political activists. Childs, a former spokesperson for the environmental group Greenpeace, attempts to reinvigorate the ecology movement with an infusion of New Age realization techniques, aesthetic transformations, nonviolent ideals and humanistic values. With examples from sources as diverse as the theater, Tibetan Buddhism, the Green political parties of Europe and Native American vision quests, Childs hopes to marry social-political activism with spirituality. Using high-profile media events like the American Indian takeover of Alcatraz and the vicious repression of freedom in Tiananmen Square, the author proclaims the enduring value of ethics, even when temporarily defeated, as the underpinning for all successful social movements. . . . Childs’s apparent open-mindedness and fair-handedness go a long way to make his thesis intriguing and appealing. His call for dealing with adversaries from the perspective of their best natures echoes Gandhi and Martin Luther King. His suggestions for improved education for the young, based on activist principles, are also worth considering and debating. In this provocative book, Childs raises relevant questions for the future of the activist segment of society. —Publishers Weekly