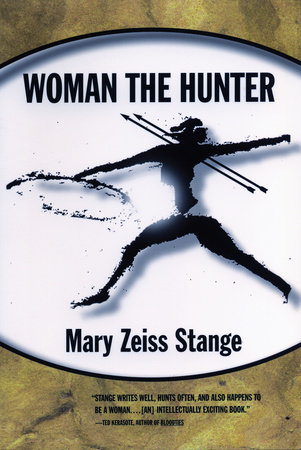 About Woman the Hunter

Over two million American women hunt. By taking up weapons for the explicit purpose of killing, they are shattering one of Western culture’s oldest and most firmly entrenched taboos. The image of a woman ‘armed and dangerous’ is profoundly threatening to our collective psyche–and it is rejected by macho males and radical feminists alike.

Woman the Hunter juxtaposes unsettlingly beautiful accounts of the author’s own experiences hunting deer, antelope, and elk with an argument that builds on the work of thinkers from Aldo Leopold to Clarissa Pinkola Estes. Exploring how women and men relate to nature and violence, Mary Zeiss Stange demonstrates how false assumptions about women and about hunting permeate contemporary thought. Her book is a profound critique of our society’s evasion of issues that make us uncomfortable, and it culminates in a surprising claim: that only by appreciating the value of hunting can we come to understand what it means to be human.

Controversial and original, defying easy stereotypes,Woman the Hunter is sure to provoke strong reactions in almost every reader.

A moving, disturbing, and bold retelling of the myth of Diana for the late twentieth century that deftly turns around our assumptions about women’s relationships to life, death, and the call of the wild. –Ruth Behar, author of The Vulnerable Observer

“Heartfelt, powerful, and scholarly, Woman the Hunter torches two of the oldest myths of our culture: the aggressive male who destroys nature and the passive female who nurtures it. What Mary Zeiss Stange erects in their place–woman who don’t shirk from participating in nature’s cycles of life and death–is surely one of the saner paths toward a healthier earth.” — Ted Kerasote, author of Bloodties: Nature, Culture, and the Hunt