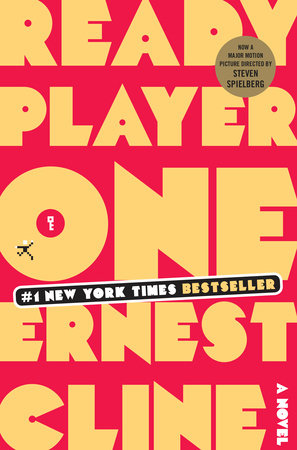 A Guide for Reading Groups

1. The OASIS becomes a part of daily life for users around the globe. What virtual realms (Google, Facebook, iCloud) do you depend on? What is at stake in the war against IOI, the internet service provider that wants to overturn Halliday’s affordable, open-source approach? Is it dangerous to mix profit and dependence on technology?

2. Explore the question of identity raised in the novel. What do the characters’ avatars tell us about their desires and their insecurities? In reality, does our physical appearance give false clues about who we really are? How does Parzival, transformed into a celebrity gunter, become Wade’s true self?

3. With a narrator who vividly captures the human experience, Ready Player One delivers a world that is easy for us to imagine. In the novel, what was at the root of the grim downturn for Earth’s inhabitants? Could your community start looking like the stacks by the year 2044?

4. How does love affect Wade’s rational mind? Would you have given Art3mis the tip about playing on the left side to defeat the lich (page 99, chapter ten)? Did you predict that she would turn out to be a friend or a foe?

5. How does public school in the OASIS compare to your experience in school? Has author Ernest Cline created a solution to classroom overcrowding, student apathy, and school violence?

6. In his Columbus bunker, Wade puts on so many pounds that he can no longer fit comfortably in his haptic chair. How would you fare in his weight-loss program, described in chapter nineteen, featuring a simulation gym, coaching from Max, and a lockout system that restricts his diet and forces him to exercise?

7. Wade’s OASIS pass phrase is revealed on page 199, at the end of chapter nineteen: “No one in the world ever gets what they want and that is beautiful.” What does this philosophy mean to him at that point in his life?

8. How is the novel shaped by the 1980s backdrop, featuring John Hughes films, suburban shows like Family Ties, a techno-beat soundtrack, and of course, a slew of early video games? Did Halliday grow up in a utopia?

9. Discuss Bryce Lynch’s financial situation, rigged so that Wade could infiltrate IOI. When does Wade become willing to “die trying”? How did you react to the image of debtors being forced into indentured servitude?

10. Wade doesn’t depend on religion to make moral decisions or overcome life-threatening challenges. What does the novel say about humanity’s relationship to religion? What sort of god is Halliday, creator of the OASIS universe?

11. Despite their introverted nature, the book’s characters thrive on friendship. Discuss the level of trust enjoyed by Halliday and Og, and among Wade, Aech, Art3mis, Daito, and Shoto. How is true power achieved in Ready Player One?

12. In the closing scenes, Halliday’s reward proves to be greater than mere wealth. What is Halliday’s ultimate prize? How did the rules of Halliday’s game help him determine the type of player who would likely win?

13. In his quest for the three keys, Wade is required to inhabit many imaginary worlds, including movies, video games, and a simulation of Halliday’s childhood home. Which of these virtual realities appealed to you the most? What sort of virtual reality is provided by a novel?

The Twelve (Book Two of The Passage Trilogy)
Justin Cronin

A Knight of the Seven Kingdoms
George R. R. Martin
Back to Top