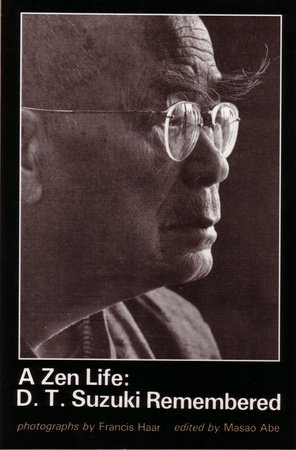 Daisetz Teitaro Suzuki was a remarkable man. Throughout his long life he worked untiringly to bring the message of Zen, and Buddhism in general, to the West, and his reputation as a scholar and gifted teacher was internationally recognized.

Above and beyond his scholarship, however, Suzuki touched in some special way everyone who met him. He embodied the satori—awakening—that he had experienced while still a young man studying with his own Zen master; his simplicity in the midst of complexity and his utter lack of intellectual snobbery combined to create an extraordinary impression of warmth, yet quiet authority. And indeed, he touched the lives of many—from theologians and philosophers to psychologists, poets, musicians, and artists the world over; thinkers as diverse as Thomas Merton, Paul Tillich, Carl Jung, Erich Fromm, Dr. Hu Shi, Allen Ginsberg, and Bernard Leach—to name a few.

A Zen Life: D. T. Suzuki Remembered is a heartfelt tribute to this man. A very personal collection of essays, it provides an intimate view of what Suzuki meant to those who knew him. In the present volume Masao Abe, in collaboration with photographer Francis Haar, brings together some of the many accolades paid to Dr. Suzuki after his death in 1966. Several contributions were written especially for this volume, or appear here for the first time in English; these include the reminiscences of Mihoko Okamura, Suzuki’s assistant and traveling companion for many years, as well as autobiographical essays of great interest by Suzuki. Most important, all the pieces, old and new, are now available in this volume for the broader reading public Suzuki deserves.

In all the contributions one thing shines through—the sheer presence of D. T. Suzuki. Francis Haar’s sensitive photographic portraits, counterpoised to the text, make this book one to treasure if you are already acquainted with Suzuki’s life and work and a wonderful place to start, if you are not.