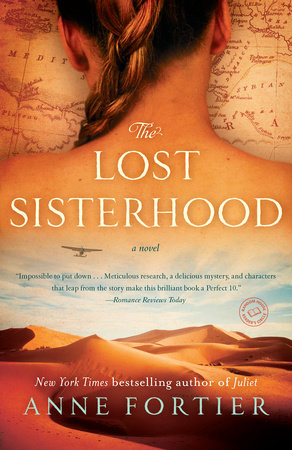 Chasing Down the Amazons

Readers often ask me to pinpoint the very moment I decided to write a book about the Amazons. The truth is, there was nothing sudden about it; those fiery warrior women have roamed my imagination for as long as I can remember. Not only did my mother make sure I was well versed in Greek myths from the earliest age, but Myrina’s and Diana’s parallel journeys of discovery have deep roots in my own lifelong experiences as a scholar and traveler.

When I was fourteen years old, my mother took me on a holiday trip to Tunisia—-the northernmost country in Africa. One week was all she could afford, and had she been alone, she would probably have preferred to spend it in Italy. But Mom knew I was fascinated by the Sahara Desert, and she was, as always, prepared to leave her own comfort zone to nourish my interests. I still remember her telling the travel guide that I was writing a novel set in the desert, and I certainly remember the bemused disbelief in the guide’s eyes. Little did he know that, indeed, three decades later, many of my impressions from that amazing time in Tunisia would eventually find their way into The Lost Sisterhood.

I can still recall the mélange of exotic smells that struck me the moment we stepped off the plane in the tourist hub of Monastir in central Tunisia, on the Mediterranean coast—-the jasmine and wild spices, the sizzling hot asphalt, the musky cologne . . . all completely different from the rather sedate scent palette of the Scandinavian climate in which I had grown up. And I still fondly remember the friends I made that week: shy Habib, who taught me to write my name in Arabic letters (and to always check my shoes for scorpions); fun–loving Mohsen, who took me on a breathless horseback ride through lemon orchards; and of course, above all, the nameless, unsmiling sheikh who pulled me up on his horse and galloped off with me . . . because Mom paid him two dinar for the privilege. Thus our motto “what doesn’t kill you makes for a great novel” was born.

Four years later, my friend Line and I went backpacking in Greece in order to finally explore all those ancient excavation sites we had learned about in high school. Even at eighteen we were already aspiring classicists, and the character of Rebecca in The Lost Sisterhood is very much modeled on Line. It was on this trip, standing on the Acropolis in Athens for the first time, that it occurred to me what an extraordinary thing it was for the ancient Greeks to have allowed the Amazons—-filthy, uncivilized warrior women that they supposedly were—-a place on the Parthenon frieze. And frankly, as Line and I stood there in all our grimy splendor, feeling rather hardened and nomadic among the color–coded group tours, I’m sure we both felt a growing kinship with our Amazon cousins once removed.

During our month in Greece and on Crete, Line and I had many close calls that still make us shiver. As we keep saying to each other, we’re lucky to be alive! One night, after zigzagging all over Piraeus and taking multiple buses in wrong directions—-Line was already a pro at ancient Greek, but unfortunately, bus tables hadn’t been part of the school curriculum—-we noticed we were being followed. It was not merely in our imagination; wherever we went, the Man went, too. He was not particularly big or threatening to look at, but what was so eerie about him was his complete lack of shame in following us: he didn’t even try to hide the fact.

As chance would have it, we were headed up a lonely hillside that night, in search of a restaurant rumored to have genuine Greek live music and folk dancing. As we walked up the narrow path in near darkness, we were trying to figure out what to do. What was the Man’s plan? Was he going to jump us? Or did he want to see where we were spending the night before calling his friends? I still remember the ominous sound of his footsteps behind us in the darkness; I had never been so afraid in my life.

In the end, Line and I decided that we had to confront this lowlife, and so we stopped, picked up some sticks, and waited. Our fear was turning into anger, and I remember visualizing precisely how I was going to hit him if it came to that. And so we waited. And listened. But there were no more footsteps. Nothing.

We never saw the Man again. I still believe it was our decision to turn and fight that drove him away. Somehow he sensed that his prey had turned into Amazons.

A few years after my big trip with Line I was back in Turkey, once again poking around in ancient ruins and dreaming about the past. This was when I almost literally stumbled across the name “Myrina” for the first time. As it turns out, the modern Turkish city we know as Izmir was once called Smyrna—-named, some theorize, after the Amazon Myrina. And lo and behold, a few hundred kilometers farther north is the site of ancient Troy where, according to Homer, a local hill was named after this mysterious Myrina, too. While it is true that many place names in the Aegean region bear semblance to legendary Amazons, the unusual thing about Myrina is that she belongs to a different strain of the Amazon legend—-a strain normally associated with North Africa and with a long–lost civilization that was, over time, swallowed up by the Sahara Desert.

Partly because of my own love of North Africa, and partly because we know so little about her, Myrina was always the Amazon who intrigued me the most. According to one ancient historian, Myrina was a warrior queen who commanded a near–invincible army and made innumerable conquests not only in North Africa but also throughout the Aegean region. While it might have been interesting to fictionalize this particular account, I do find that endless tales of conquest and war tend to get monotonous after a while. And so instead, I chose to focus on Myrina’s link with the Greek Amazons we know so well from classical literature and to use her as an eyewitness to a bygone world that has inspired poets and artists—-and the rest of us—-for centuries.

As a consequence of this perennial fascination with Antiquity, hardly a year goes by without a new Hollywood blockbuster about the Trojan War, sun–bronzed gladiators, or related swashbuckling demi-gods. The cinematography has improved over time, and so have the special effects, and yet the stories hardly appear to have evolved at all. This is not necessarily a criticism, because I’ll be the first one to confess that I do love traditional tales of heroism, but it does -puzzle me that so few have dared to break the old Homeric mold—-especially now, with modern science and scholarship constantly expanding our knowledge of the past.

The figure of the mounted, bow–slinging Amazon is a good example of a stereotype that hasn’t changed much since Antiquity. After living with them for so long, I felt these extraordinary women deserved a renaissance that didn’t just apply another coat of veneer to the existing myth, but rather stripped it down to the frame, took it apart, and reassembled it all over again in a new, more thought–provoking form. So too with the Trojan War, which has never ceased to haunt us, perhaps precisely because of all the still–unanswered questions, contradictions, and downright improbabilities of the -classic version of the legend. Rather than simply regurgitating the Homer-Hollywood archetype, I felt it was time to give voice to some of the experts who have long challenged the established opinion about what actually happened at Troy.

The problem of espousing controversial ideas, of course, is that readers get bewildered and wonder what is true and what is fiction. In fact, this confusion applies to historical novels as a whole. To what extent, we wonder, is the author working on the basis of trusted sources? Is the book a sincere attempt at re-creating the past, or is the story merely inspired by past events? Such questions are important, and the answers are rarely short and simple.

In the case of The Lost Sisterhood, a good part of the novel is set in a prehistoric era, which by definition rules out the existence of truly trustworthy written sources. Our knowledge of the period is largely based on archaeological finds and literary hearsay. In other words, we know more about the journey of a chipped clay dish than we know about the life of our warlike Queen Myrina—-worse, we can’t even prove she ever existed.

To make up for the fact that Myrina’s world is spun from myth and scientific guesswork, I injected the modern–day story with as much theory as I thought it could carry. Whenever Diana and Rebecca discuss the past, their thoughts reflect the opinions of scholars currently working in the field—-some more controversial than others. And hopefully The Lost Sisterhood will inspire readers to delve into other books about the great mysteries of Antiquity and—-as I have done—-walk the ruins, breathe in the past, and feel the connection to our heroic ancestors, whether real or imagined.
—AF

1. The Amazons are traditionally portrayed as strong and masculine, with one breast removed in order for them to better handle the bow and arrow. How do the Amazons portrayed in The Lost Sisterhood contradict the stereotype, and how—-if at all—-do they confirm it?

2. Diana and Myrina are on parallel paths throughout much of the book. In what ways are the two women on a similar quest?

3. Do you feel that Granny should have done more to help Diana along on her path of discovery?

4. Did Myrina do the right thing in leaving the sisterhood for Paris? Would you have done the same?

5. If you were in Diana’s place, how would you have felt about Nick?

6. Can Diana’s parents be held responsible for their daughter’s scars?

7. After the disastrous earthquake at Troy, Myrina and Lady Otrera decide to go their separate ways, and only a handful of Amazons opt to follow Myrina into the great Northern unknown. If you had had to make the choice, whom would you have decided to follow? Why?

8. Could one argue that James is more of a victim than a crook? Did you feel sympathetic toward him at any point?

9. Do you feel museums should be forced to return ancient artifacts to the countries from which they were, at some point in the past, unlawfully removed?

11. Do you think there is a need for a group like the Amazons in our modern world? Would you join them if you could?

Learn More About The Lost Sisterhood
print
Back to Top