There Your Heart Lies Reader’s Guide 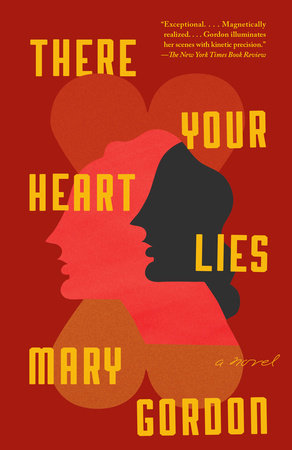 There Your Heart Lies Reader’s Guide

The questions and discussion topics provided here are designed to enhance your reading group’s focus on some of the main concepts in There Your Heart Lies and to enable readers to explore and share different perspectives. Feel free to wander in your discussion, and use this as a guideline only!

At nineteen, Marian Taylor cut herself off from her wealthy, conservative Irish Catholic family and left America to volunteer in the Spanish Civil War—an experience she has always kept to herself. Now in her nineties and diagnosed with cancer, Marian finally shares what happened to her during those years with her granddaughter Amelia, a young woman of good heart but only a vague notion of life’s purpose. Marian’s secret history—of personal and ethical challenges nearly unthinkable to Amelia’s generation, of the unexpected gifts of true love and true friendship—compels Amelia to make her own journey to Spain to reconcile her grandmother’s past with her own uncertain future. Moving and deeply felt, There Your Heart Lies explores how character is forged in a particular moment in history—and passed down through generations.

1. An emphasis is put on houses and homes throughout the story: Marian’s parents’ cold mansion, Beech Haven; the stifling, dark house in Spain; Amelia’s mother’s modern, minimalist house; Marian’s current warm and inviting home. Even Johnny weighs in: “Houses only seem safe,” he says. “Houses can be blown up. Burned down” (p. 26). Do you think houses have personalities?

2. Have you lived in a house that you adored or abhorred? Was it the circumstances, other residents, or the location that made you feel strongly? What makes a house a home?

3. Marian, Helga, and Rosa are very different personalities. Describe how their interactions make them stronger.

4. Marian has completely different relationships with her older siblings than with her brother Johnny. Many people are closer to one particular sibling in a family. Do you think this is the result of age, personality, or experience? Or a mix of each?

5. What was your reaction to the death of Johnny? How does this change Marian?

6. Nineteen-year-old Marian leaves for Spain with hope and fervor for her cause. “[I]t’s the most wonderful feeling in the world: to know that you’re doing exactly the right thing” (p. 5). Have you ever felt such dedication to a cause? Do you think it has something to do with her age?

7. Describe Marian’s relationship with Russell. Do you suppose they would have gotten married if Johnny hadn’t written her the letter asking them to take care of each other? How does Marian’s and Russell’s relationship change throughout the book? What accounts for the changes?

8. After Russell leaves and Marian is transferred to Malvarosa, she feels more freedom than at her previous nursing station in Spain. She is by the sea, finds a friend, meets Rámon. Though still exhausted, hungry, and horrified by the war, Marian finds a modicum of stability. Discuss what causes these changes.

9. On discovering Marian’s pregnancy: “They know this to be a disaster. They face it with a dull resolution. There is not one second in either of their minds or hearts of the slightest joy” (p. 103). Discuss this reaction, and how it is reflective of Marian’s future relationship with her son.

10. After her short but passionate relationship with Rámon, widowed, pregnant Marian is forced to go to his parents home. The mother is religious yet cruel, the father completely overshadowed by his wife. How does Marian deal with her situation? What happens to her in that house?

11. How are the Ortiz family and Marian’s own family similar?

12. In what ways does meeting Isabel and Tomas change Marian’s life?

14. Tomas says, after hearing horrific confessions: “Forgetfulness would be the greatest betrayal. I must remember” (p. 240). How does this statement apply to other characters in the book?

15. When Theo comes into Marian’s life, she quickly falls in love with him. How much of her love is driven by the opportunity to escape, and does that make it less pure? Is all love an escape?

16. Amelia is a bit lost in life. The early death of her father and her mother’s busy lifestyle are just some causes. She is sensitive and a bit withdrawn (completely different from the young Marian), but feels a strong bond with her grandmother, despite not knowing her history. “[S]he knows that when you live with someone, it’s important to know what not to ask” (p. 58). Are/were you more like Marian or Amelia?

17. Naomi says that Amelia lacks “force” (p. 43). Do you agree? How is that different from lacking strength?

18. How does Marian’s revelation of her past change the relationship between Marian and Amelia?

19. Why is it so important to Amelia to bring Ignacio and Marian together, when Marian has never expressed any interest in her son?

20. Discuss the character of Pepe. How does he show us more about Amelia and her character?

21. Describe the meeting between Ignacio and Amelia. What does it reveal to Amelia?

23. Consider the title of the book. To what (or to whom) do you think it refers?

Mary Gordon is the author of eight novels, including Final Payments, Pearl, and The Love of My Youth; six works of nonfiction, including the memoirs The Shadow Manand Circling My Mother; and three collections of short fiction, including The Stories of Mary Gordon, which was awarded the Story Prize. She has received many other honors, including a Lila Wallace–Reader’s Digest Writers’ Award, a Guggenheim Fellowship, and an Academy Award for Literature from the American Academy of Arts and Letters. She teaches at Barnard College and lives in New York City.
Learn More About There Your Heart Lies
print

I Am the Clay

No Man’s Land
Back to Top