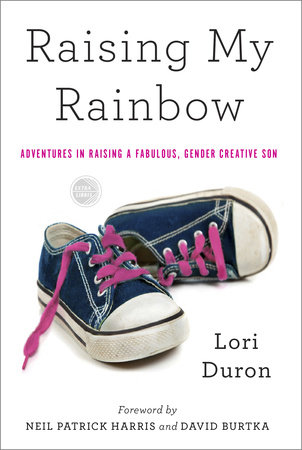 1. When did you fi rst learn the distinct differences between sex, gender, and sexuality? What prompted you to need to know the differences?

2. Do you believe that a child’s gender expression and sexuality are more nature or nurture?

5. Can you parent to the best of your ability when you are concerned about what other people will think or say?

6. What role does community/society play in how we raise our children and our want for them to conform? Why do we want them to conform? So that other people won’t talk/think/judge? To save them from harassment and bullying? Is forcing a child to conform really protecting him or her?

7. If your child is going to be LGBTQ, would you want to know when he or she is three? Six? Ten? Thirteen? Sixteen? Twenty? Twenty-three? When is the “right age”?

8. Do you think it is possible for an LGBTQ child to never have to “come out,” to be just as open about being gay as most kids are about being straight?

9. If someone said that when your children are in the room you should always conduct yourself as if an LGBTQ person is in the room to be safe because you never know your children’s future sexuality or gender, how would that make you feel?

10. If someone you knew had a child who was LGBTQ, would you feel bad for them? Happy for them? Jealous of them? Why?

11. Are you teaching your child about empathy just as much as you teach him or her other life lessons and skills? If your child saw a boy wearing a skirt out in public, what would he or she say? Is there anything that you can do now to prepare them for something like this?

13. What role do you think religion plays in society’s enforcement of gender and sexuality norms?

Learn More About Raising My Rainbow
print
Back to Top