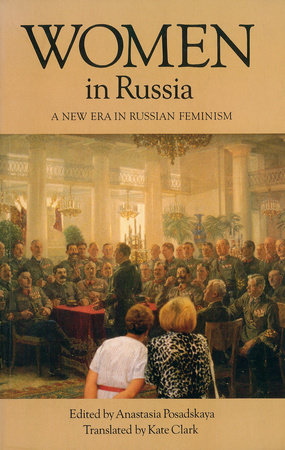 A New Era in Russian Feminism

About Women in Russia

The collapse of the monolithic Soviet state sounded the death knell for many myths about the Soviet Union. Yet one of the most persistent misapprehensions continues to thrive. The emancipation of women in the early years of the Soviet regime was regarded by many as a simple fact. The most frequently cited proof of equal rights was the large number of women who worked outside the home. But as the contributors to Women in Russia show, work outside the home became a powerful instrument of enslavement for women, a situation which continues today. Far from achieving economic and professional equality, women predominate in low-paid and insecure manual positions.

Mikhail Gorbachev’s policies of glasnost and perestroika did little to further the cause of women’s rights. On the contrary, he called for ‘women to return to their womanly mission’—a sentiment echoed by the press—while failing to put into place any social assistance for women who wished to stay at home.

Ranging over women’s rights in post-Soviet Russia, the role of women in the labour market, women in the political system, and the history of feminism in Russia, Women in Russia is a highly original and invaluable addition to feminist political study.