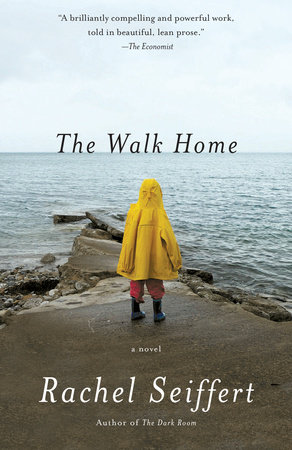 From the acclaimed author of the Booker-nominated The Dark Room: a novel of divided loyalties within a Protestant Irish family, the bitterness that wrenches it apart, and the hard-won understanding necessary for its healing.

Displaced from Ireland during the Troubles, Stevie’s father’s family has lived in Glasgow for decades. His mother, Lindsey, fled Tyrone, Ireland, and her dogmatic father and found a new home, and new warmth with Graham, Stevie’s father, and his extended family, especially with her mother-in-law, Brenda.  Lindsey is keen to build a good life with her young husband and child, but memories are long, and too soon she finds her new home and family haunted by the same religious divisions she thought she’d escaped.

In a marching band since boyhood, Graham plays in the annual Protestant Orange Walk through Glasgow, and his family tries to understand, even as the past and his community start to draw him away from them. But when his bandmates reveal links to Loyalist paramilitaries from Belfast, his marriage and home are threatened, and his young son’s life begins to unravel.

The Walk Home examines the risk of love, the push and pull of family and community, and the ties that bind you to your past. Without your history, who are you? If you cut your ties, will you cut yourself adrift? Gripping, haunting, and, finally, hopeful, this is a sharply evocative tale of one family’s struggle to throw off the burden of history.

1. Describe the relationship between Stevie’s parents, Lindsey and Graham. Why does she leave Ireland for him? Why does she eventually leave Scotland too? What is she running away from? Do you think she’ll ever find peace?

2. How is The Walk Home a story of reinvention? Who tries to reinvent themselves and why? Do they succeed?

3. Are any of the characters free of guilt? How does both family guilt and religious guilt play into the novel?

4. The Walk Home is set against the sectarian and cultural divisions and hatred of Northern Ireland and Scotland in the 1990s that are, years later, still reeling from the Troubles of the 1960s. How does religion affect the characters, even those that aren’t religious?

5. Why does Graham play his flute in the annual Protestant Orange Walk despite pressure from his wife and mother? Why don’t they want him to participate?

6. What does playing and practicing with the band give Graham that he doesn’t seem to have from anything else? How does it ultimately rip apart his family?

7. Why does the relationship between Graham and Lindsey dissolve? What do you think kept them together up to that point?

9. What do you think home represents for each of the characters? Family? Love? Safety? Shared history?

10. What does the title mean to you? What do you think it means to Stevie, to Lindsey, to Eric, to Graham, and to the Polish workers?

11. The Economist says of The Walk Home, “This is a book about people who say very little.” Why do Graham and Stevie not say much? Why does Lindsey chat more with Eric and her mother-in-law than with her husband?

12. Describe Lindsey and Eric’s relationship. What binds them together? Why does Lindsey ultimately feel betrayed by Eric?

13. Does Lindsey trust anyone? Does Stevie?

14. Why do you think the author compares a working-class Scottish family with the community of Polish contractors who are in Scotland with little family or cultural connections? What do they represent in the novel?

15. Discuss the themes of violence and betrayal in this work. How does violence, both physical and mental, play into the story?

16.  What do we learn about Graham’s grandfather, Papa Robert? How has his large personality (“He was a force tae be reckoned with”) loomed over and haunted the family even after his death?

17. How is Eric different from the other men in the novel? “He’d taken a lonely path, and it had undone him”.

18.  “Now he was no longer so angry, perhaps he could feel it as his father had”. Eric tries to forgive and explain his father to Lindsey, but it backfires. Why?

19. Is the Drumchapel neighborhood of Glasglow, as described here, similar to any neighborhood you know of? How and why?

20. Do you think the ending is hopeful? And do you think Stevie will finally feel like he belongs?

Rachel Seiffert’s first novel, The Dark Room, was short-listed for the Man Booker Prize and won both a Betty Trask Award and the Los Angeles Times Art Seidenbaum Award for First Fiction. Her other books include a short story collection, Field Study, and a novel, Afterwards. She was named one of Granta’s Best Young British Novelists in 2003. She is the recipient of the E. M. Forster Award from the American Academy of Arts and Letters and a David T. K. Wong Award from International PEN for her short stories. After living in Scotland and Germany, Seiffert now lives with her family in London.
Learn More About The Walk Home
print

When the Finch Rises
Jack Riggs

A Change of Time
Ida Jessen

The Man Who Was Late
Louis Begley

The Disorder of Longing
Natasha Bauman

The Hour of the Fox
Kurt Palka
Back to Top