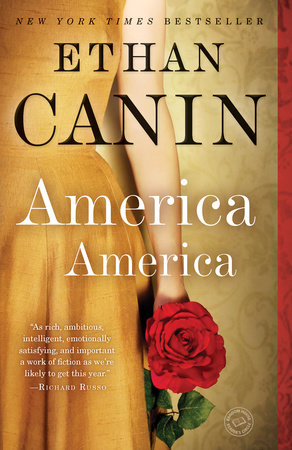 1. This novel makes many assertions about the American political landscape in the early 1970s. What are some of those assertions? In what ways have American politics changed since then? And how does Henry Bonwiller compare to today’s politicians, in terms of his political demeanor and beliefs as well as in his sense of both personal and public morality?

2. Structurally, the novel is braided from several strands–the political story, the personal story, the story about economic class and social station, and the story of the town itself. Which of these stories, in your opinion, provides the novel’s bulwark? How does each contribute to the novel’s themes?

3. Corey has two father figures in the novel, his own father and Liam Metarey. Despite the differences in their social and economic stations, the men are similar in several ways. How? How do the two of them influence the man that Corey becomes?

4. Very early in the novel, an elderly man hobbles to the grave of Senator Henry Bonwiller, where he breaks down and weeps. Corey says he recognizes the man but never reveals a name. Why not? Who is this man? Why is it important to Corey that he is weeping? Why are we left to discover for ourselves the man’s identity?

5. Trieste Millbury, the intern at The Speaker-Sentinel, clearly reminds Corey of himself. What role does she play in Corey’s retelling of his past with the Metarey family? Why does he tell her his story?

6. At one point in the novel, Corey says: “It struck me again, the way it had just begun to do in those days, how diligently privilege had to work to remain oblivious to its cost.” Then he adds, “I’m speaking of myself now, too, of course.” What are the costs, both to himself and others, of the privileges that have been bestowed upon Corey? Has he in fact worked to remain oblivious to these costs?

7. Newspapers play an important role in Corey’s life–in their pages, he first learns about politics, and during the Bonwiller campaign he becomes obsessed by journalism and journalists; he interacts with reporters like Glenn Burrant and G. V. Trawbridge in significant ways; and, of course, in the end he becomes a newsman himself. In what ways has news reporting changed during the span of this novel–from the time of Eoghan Metarey’s rise, through Corey’s childhood, up until the present day? In what ways has it remained consistent? What effects have these changes and these consistencies had on our democracy?

8. In a key scene near the conclusion of the book, Liam Metarey makes a gruesome discovery, then a fateful decision, while driving his tractor through an apple orchard in a blizzard. Why, after making this discovery, does he make this decision? The scene is a pivotal one, yet Corey is not in fact present when it takes place. Since nobody has explicitly told him what happened, Corey’s depiction of the events seems to come largely, or perhaps entirely, from his imagination. What evidence does Corey have for what he deduces? Has Liam Metarey attempted to communicate to him what has occurred? If so, when? And what else might he have been trying to explain to Corey?

9. In many ways, the interactions of important characters drive the circumstances that result in Liam Metarey’s death. Do you think the principal catalyst for his actions and death was JoEllen Charney? Henry Bonwiller? Andrew Metarey? Or was it something deeper in Liam’s character?

10. Corey’s description of the relationship between the town of Saline and the Metarey family is one of mutual trust and dependence. How does this relationship change over time, especially with respect to the influence of larger social forces like unionization and the rise of giant corporations? How does the opinion each party has of the other change over time?

11. Though Corey mentions his wife numerous times early in the text, the reader does not learn who he has married until much later. What is the purpose of delaying this information? And why, when Corey finally reveals his wife’s identity, does he do it with so little fanfare? What is the significance of the information Corey shares with the reader and the information he omits, not only in regard to Clara but to other plot elements as well? Is it fair for Corey to withhold vital parts of his story? Does he leave clues about them nonetheless?

12. More than once in the novel, the narrator mentions a quotation from Francis Bacon: “If a man shall begin in certainties, he shall end in doubts.” How is this idea reflected in the lives of Liam Metarey, Eoghan Metarey, Granger Sifter, Henry Bonwiller, and Corey? Bacon was no doubt referring to the advent of the scientific method during the seventeenth century, but how might his words apply to our current culture?

13. Throughout the novel, Corey remembers and retells past events without adhering to chronological order. How does the lack of a linear chronology influence the reader’s experience? Is there a logic to the manner in which he recalls the scenes? Why does he tell the story like this?

Better Off Dead
Andrew Child and Lee Child
Back to Top