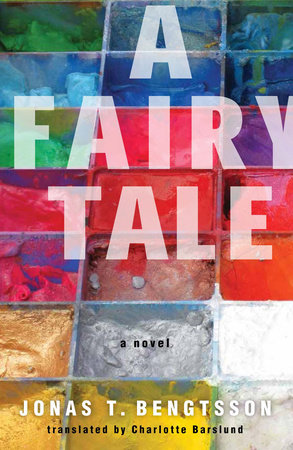 About A Fairy Tale

In a Europe without borders, where social norms have become fragile, a son must confront the sins of his father and grandfather, and invent new strategies for survival

A young boy grows up with a loving father who has little respect for the law. They are always on the run, and as they move from place to place, the boy is often distraught to leave behind new friendships. Because it would be dicey for him to go to school, his anarchistic father gives him an unconventional education intended to contradict as much as possible the teachings of his own father, a preacher and a pervert. Ten years later, when the boy is entering adulthood, with a fake name and a monotonous job, he tries to conform to the demands of ordinary life, but the lessons of the past thwart his efforts, and questions about his father’s childhood cannot be left unanswered.

Spanning the mid-1980s to early-twenty-first-century in Copenhagen, this coming-of-age novel examines what it means to be a stranger in the modern world, and how, for better or for worse, a father’s legacy is never passed on in any predictable fashion.

“Danish author Bengtsson’s first novel to be published in the U.S….has an almost hypnotic power to draw readers into the narrative and hold their attention to its melancholy ending.” —Booklist

“[T]his novel—sensitively translated by Charlotte Barslund—so brilliantly demonstrates how, to satisfy the psyche, memory selects, isolates, concentrates and invents. Bengtsson’s is the art of the fable; Et eventyr, his book’s Danish title, evokes Hans Christian Andersen. A Fairy Tale is a powerful journey through archetypal encounters in which the young protagonist reaches a catharsis both emotionally lacerating and spiritually liberating. Fittingly he emerges from it an artist.” —Times Literary Supplement

“[A Fairy Tale] The novel is a drawing rendered slowly over time, a collection of straight and stark lines made by a boy struggling to create a story, and a self, from a life of transience, deception, and pain. The nature of this constant forward motion changes, however, over the course of A Fairy Tale as violence and trauma become a destination the now adult boy can no longer avoid. And we must run with him too, until we can’t.” —Words Without Borders

It is also a novel with a precocious young narrator, and one of outsider culture, and, to complete a series, also a novel of short, “cinematic” chapters. Yet because Bengtsson puts all these aspects to use, draws something interesting and new out of them, they fit together to form a complete work that doesn’t rely on tropes as crutches, but as a needed part of the whole.” —Bookslut

“A Fairy Tale is a fascinating and often brutal meditation on alienation and trauma.” —The Millions

“In a mash-up of film noir, fairy tale, and bildungsroman, Danish author Jonas T. Bengtsson’s A Fairy Tale traces the unusual and occasionally horrific journey of a boy and his father. Deftly narrated from the child’s point of view, the book takes on the power of myth. Themes touching on the artist/other in society, loss of innocence, abandonment, and the search for identity are subtly woven throughout.” —Foreword

“A unique and brilliantly observed depiction of a father–son relationship, and the perils of unconditional love.” — Jon Bauer, author of the IMPAC Award-shortlisted Rocks in the Belly

“If Cormac McCarthy’s The Road offered an actual relationship instead of only an emptiness that readers fill, then it might approach Jonas Bengtsson’s A Fairy Tale.  Here are a father and son in desperate circumstances, paired off against the world, but their relationship is rich and strange and intensely human and particular.  This father is one of the best characters I’ve ever read in fiction, and the story is beautifully told.” —David Vann, best-selling author of Dirt and Legend of a Suicide

“With controlled and measured prose, Jonas T. Bengtsson builds subtle suspense, describing the experiences of a young boy, who is at once protected by his father’s love while under constant threat of the darkness of their daily reality. A Fairy Tale is a profound and penetrating novel about the unbreakable bond between a father and son.” — Lawrence Hill, author of Someone Knows My Name, winner of the 2008 Commonwealth Writers’ Best Book Prize

“[A Fairy Tale] is…compelling for showing the dark side of seemingly normally things—the city of Copenhagen, theater shows, gardening—and its showing of the bright side of things that are normally seen in their darkest light—strip clubs, shoplifting, and mental institutions….This is a worthy introduction of Jonas T. Bengtsson to the English audience. Those drawn to Updike’s Rabbit series…will gravitate to A Fairy Tale because it has the underlying rebellious spirit that does not often bubble to the surface in such a collective environment.” —Three Percent

“The real strength of Bengtsson’s novel lies in his touching exploration of the bond shared between father and son and the way he skillfully transitions from the placid, go-with-the-flow waters of childhood to the rough, jaded chop of teenage life without ever missing a beat.  Child narrators are a notoriously tricky beast to tame, but Bengtsson’s nameless one (and Charlotte Barslund’s translation of his many voices) never feels less than authentic.” —Typographical Era