The Witches of Cambridge Reader’s Guide 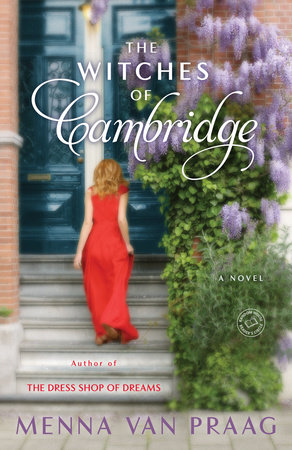 The Witches of Cambridge Reader’s Guide

A Conversation with Menna van Praag

Random House Reader’s Circle: Where did the idea for The Witches of Cambridge come from?

Menna van Praag:  It came from a conversation with my friend Amanda (to whom the book is dedicated), when we were chatting about setting up a book group. As we discussed the kinds of books we would choose to read, the conversation took a turn toward the colleges of Cambridge. Amanda told me she’d been taking walks about the city lately and had become enchanted by the exquisite college architecture of turrets and spires as she gazed up to the sky. We talked about how, although we found Cambridge so very beautiful, we rarely looked up to see the beauty above us and how much we often missed. Then—-in one of those inspirational leaps that sometimes happens in conversations—-we realized that, if a book club consisted of witches, they might hold meetings in those beautiful turrets. From there sprang the idea of these witches being professors, each with their own secret of one type or another. Amanda mentioned that she was scared of heights. So, naturally, when I wrote the main character—-naming her Amandine in Amanda’s honor—-I added that she was also afraid of heights.

After that initial idea, I began thinking about the other characters—-all professors, all witches—-who might be in the book group. As I thought about characters, I thought about Cambridge. I’ve set all my novels in Cambridge so far. It’s such a magical city and I love picking real places for the characters to inhabit. Sometimes I keep the original names—-especially in the case of the colleges and streets—-but sometimes I change them—-in the case of the cafés. Gustare was actually based on my favorite Italian café in Cambridge, Aromi. It had just opened when I’d begun writing the book and I spent a lot of time in that café, sampling all their delights, purely for research purposes, of course!

RHRC:  Do you have any advice for those of your readers who’d like to become writers?

MVP:  Oh, yes. In fact, since writing Witches I’ve started teaching creative writing courses, to individuals mainly, but also to groups. It’s something I never thought I’d love—-like most writers, I’ve always been incredibly shy—-but I started a few years ago and I find it incredibly inspiring. Writing novels is such an insular occupation, so it’s very gratifying to connect with other people, especially other writers, and to be able to explore my passion for the written word with those who share it. What’s more, it’s hugely rewarding to watch my students grow more confident as their work evolves, to see them take pride and pleasure in what they’ve created. It took me over a decade to get published and much of that delay was due to self–doubt and perfectionism. That’s why I really love supporting other writers who might be suffering from similar afflictions. I recently coached a woman in her fifties who’d always wanted to write a book but had never managed to complete anything. We worked together for six weeks and, during that time, she wrote her first novel. And it’s a marvelous piece of work. I’m looking forward to seeing it published. It was an honor and a delight to be part of the creative process.
It’s shocking how many people I meet who tell me they’ve always dreamed of writing a novel but don’t believe they can. And so they never do. Or they try but give up too quickly. When I ask these people what their proof of inability is—-how many unpublished novels they’ve written—-most of them haven’t written any at all. It’s sad that people give up on themselves so easily. But I understand it. I dedicated my twenties to trying to get published—-while working as a waitress to pay the rent—-and I had many a dark night of the soul filled with doubt and fear. So I always tell people not to give up, to keep writing, and keep on going through all those rejection letters. Although I also tell them that they should only keep going if they’re writing because they love to write. If they’re writing to get published, then I tell them that most writers never make much money from their novels alone. Aspiring authors tend to glamorize the lives of published authors, but the truth is that most of us will never earn enough to quit that day job. If you’re not writing for the pure passion of it, then perhaps you shouldn’t be writing at all. However, if you adore a beautiful sentence more than most things in life, then keep going because it’s very likely that one day your work will resonate with someone who shares your passion and has the power to publish you.

RHRC:  What are you working on now?

MVP:  I’m currently writing a novel that’s rather different from anything I’ve done before! It’s not magical realism and it’s a shade darker than my previous work. It’s about a theater critic, called Aubrey H. Gagné, who has such high standards for literature and life than he’s entirely miserable and can’t connect to anyone. I’m absolutely loving the process of writing this story and am discovering that creating unlikable characters is a great deal of fun! In fact, I think this may turn out to be one of the funniest books I’ve ever written. This, in itself, is funny because I never believed I could create comedy—-which just goes to show that we all have those erroneous thoughts about what we cannot do. So we really just shouldn’t listen to them. Please don’t listen to yours!

1. Each of the witches of Cambridge has her own unique power: Amandine, the power to palpably feel emotions; Noa, the power to hear secrets; Kat, the ability to turn formulas into spells; Cosima, the ability to bake enchantment into her pastries. Which power would you find most attractive? Why?

2. George spends so much time trying to hide his true feelings from the world—-and especially from Kat. How and why do you think that affects his ability to perform magic? Have you ever realized that by trying to protect yourself, you were isolating yourself?

3. Similarly, Noa has found safety in the number one. Blessed with the ability to hear—-and cursed with the compulsion to tell—-the most secret thoughts of those around her, she’s driven away her loved ones by disclosing their infidelities, desires, and missteps. Do you think Noa has a right to blame herself for her parents’ divorce?

4. Buried secrets can sometimes be more harmful than those brought to light. Do you agree that sometimes, as in George’s case, and Noa’s, the truth can set you free? Is honesty always the best policy?

5. Sisters Kat and Cosima are as different as night and day: Kat is mathematical to a fault, utterly practical, unwilling to use her powers to get what she wants. Cosima is creative, impetuous, and ready to let her heart lead wherever it wants, no matter the cost. Which sister do you identify with more? Is there a happy medium?

6. On the last page of The Witches of Cambridge, Eliot admits to Amandine that he knew all along that she could perform magic but that he trusted her to tell him in time. Consider the magnitude of the secret he kept from Amandine. Is marriage about assuming the best despite the worst? Does love conquer all?

7. After her husband’s death, Héloïse forgot how to use her magic to see the future. Although she eventually finds love again and unburdens herself of the misplaced guilt she has carried for Francois’s death, her powers never actively return. How do you feel about that? Why do you think she never regains her power? Is the future less important than the present to two people in love?

8. As it’s portrayed in this novel, is magic a blessing or a curse?

9. If you could be in a book club with the witches of Cambridge, what book would you choose to read? Why?

10. Cosima’s recipe for an enchanted chocolate cake that makes wishes come true includes the requisite chocolate, butter, and flour, but the spell comes from the addition of “1 pinch powdered passionflower” for faith “and 2 pinches dried bells of Ireland” for good luck. Would you add anything else to this recipe, or are faith and luck all you need?

Learn More About The Witches of Cambridge
print

When We Fall
Emily Liebert

A Wedding in Provence
Ellen Sussman

The Opposite of Love
Julie Buxbaum

Greetings from Somewhere Else
Monica McInerney

Those Secrets We Keep
Emily Liebert

Put a Ring On It
Beth Kendrick

Upside Down Inside Out
Monica McInerney

Where You Belong
Barbara Taylor Bradford

Lovers and Dreamers 3-in-1
Nora Roberts
Back to Top