A Mile in My Flip-Flops Reader’s Guide 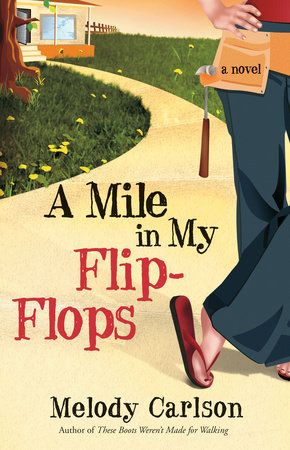 A Mile in My Flip-Flops Reader’s Guide

print
A Mile in My Flip-Flops Reader’s Guide

1. Gretchen Hanover’s escape from the disappointments in life is a varying menu of chocolate ice cream and home improvement TV. How do you deal with life’s disappointments?

2. Gretchen’s best friend Holly Porter seems to have everything that Gretchen thinks she wants and, while Gretchen expresses a bit of jealousy, it doesn’t seem to impair the friendship. Why do you think that is? How do you deal with successes of close friends? Explain.

3. Gretchen seemingly bites off more than she can chew with the house flip. What’s the craziest, biggest challenge you’ve taken on? How did it go for you?

4. When Gretchen’s dad is unable to help with her renovation, Gretchen partially blames herself, feels selfish, and considers giving up the house flip. Have you ever faced a tough decision that involved loved ones and career choices? What was it and how did you deal with it?

5. Why do you think Gretchen feels so certain that she doesn’t want to get involved with a divorced man? If you were her friend, how would you advise her?

6. A major remodeling project with a deadline is stressful under the best circumstances…how do you think Noah Campbell helped or hindered the process?

7. Besides the hot tub scene, what do you think Gretchen finds most intimidating about Noah’s ex wife?

8. What do you think was the most powerful thing that Gretchen learned during the remodeling project?

Learn More About A Mile in My Flip-Flops
print

These Boots Weren’t Made for Walking

When Joy Came to Stay

Together at the Table

A Table by the Window
Back to Top